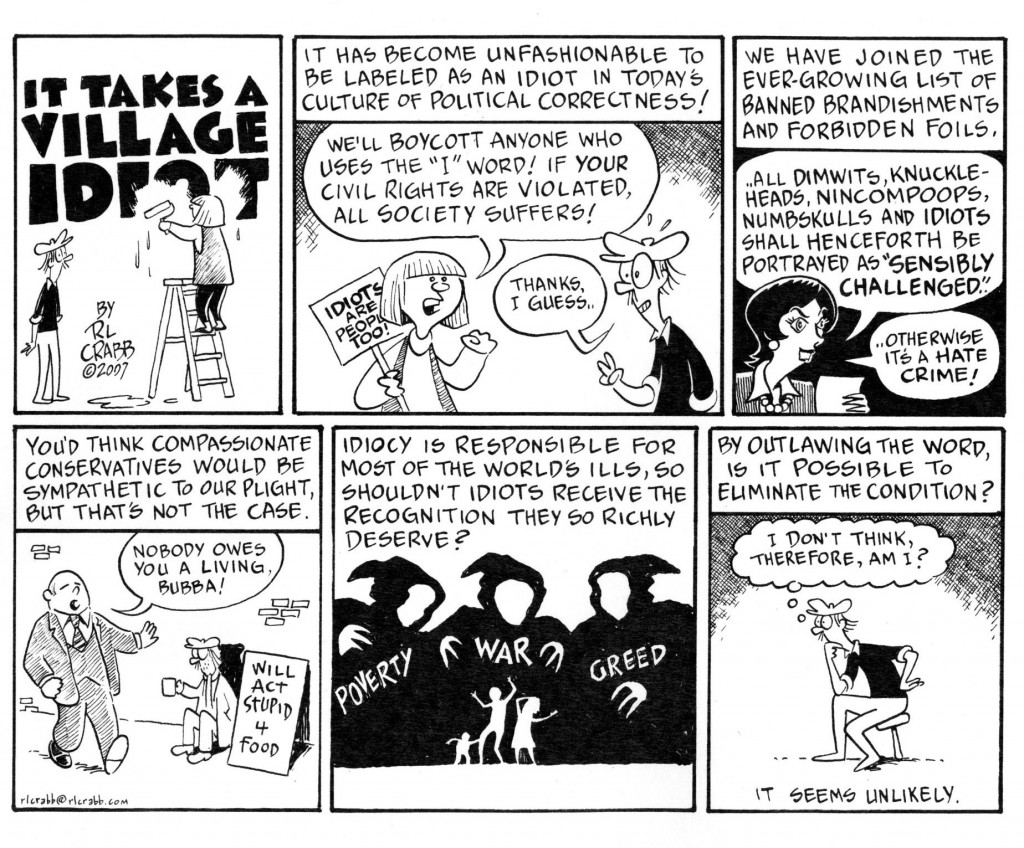 30 Responses to Equal rights for idiots