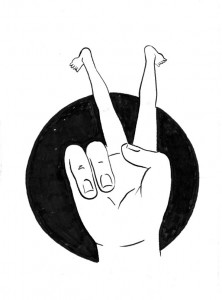 For the better part of a year, I have been telling Republicans that they might do well in 2012 if they could focus on economic issues and resist the temptation to fondle the hot-button social issues. “No, Bob,” they told me, “We’ll be too busy creating jobs!” Yeah, I didn’t buy it either.

Since 2010, when the GOP stormed into statehouses across the land, the forces of morality have had their hands all over women’s issues. There were moves in the Arizona Senate to allow doctors to withhold pregnancy information if they felt it might influence a woman’s decision, and if she should choose to terminate, she would be forced to watch a filmed abortion first. (Maybe they’d do it ala ‘Clockwork Orange’ where they prop the eyes open so you won’t miss any of the gory close-ups.) In New Hampshire they tried to tie birth control to prostate cancer in men and breast cancer in women. There were those who claimed a victim of rape could not get pregnant, implying that if she is, she must have picked it up from her husband, one of her “partners” or maybe from a toilet seat. In Virginia, Republicans advocated for physical penetration as a deterent. If you’re a straight guy who’s ever endured a prostate exam, please note that it can only be performed voluntarily, even if refusal could be life-threatening.

But things really came to a head in Michigan this week, when Rep. Lisa Brown was bound and gagged, metaphorically of course, for daring to mention the “v” word in the hallowed halls of democracy.

“Im flattered you’re all so concerned about my vagina, ” she said to the chamber full of men, “but NO means NO.” Rep. Barb Byrum was also restrained for attempting to amend a pending bill to include vasectomies for men. Again, a “v” word. I guess what’s good for the goosed isn’t acceptable to the gander.

The next thing you know, they’re performing The Vagina Monologues on the steps of the capitol, complete with signs and chanting of “v” words all over the mediasphere. Repubby’s ears must be burning hotter than a chihuahua on Spanish fly.

Conservatives like to point to recent polls that show they’re gaining ground in the abortion debate. That may be true, since I don’t know anyone who wants one, but It will take more than all the king’s men to put that egg together again. Do we want to go back to the days of back-alley butchery or a black market for bathtub RU486? I would never counsel anyone to have an abortion, but I would never deny a woman the right to make her own decision.

And just for the record, I am and always have been pro-vagina.