While making my daily rounds of Nevada County Voices, I noticed that my former editor over at Sierra Foothill Report took a swipe at me today. I usually try to avoid “Scoopy” and his snarky attitude, but if he’s going to mention me by name I might as well set the record straight. With Scoopy’s brand of reporting, it’s usually required.

We ended up at the same feeding trough last week, the third annual Fork to Face extravaganza on Commercial Street in Nevada City, but fortunately were seated several miles away from each other. Even so, I walked up to his end to get a photo of the entire length of the feast. I know he’s embarrassed to have his photo taken, so I made sure to cut him out of the frame. (No easy task.)

I may have mentioned in past posts that Scoopy’s ego is even larger than his considerable girth, and when he saw me with a camera he assumed that I was going paparazzi on him. He writes, “…he pointed his camera at me while I was eating and I lifted up a napkin just in time to block him.”

A napkin? Are you kidding?

He goes on to wonder why I, a man of the people, would show my face at an “elitist” gathering? I didn’t know there were restrictions on my “kind” attending a public event. Heck, I’m even a homeowner, not the lowly renter class he likes to complain about.

Well, anyway, I took the picture I wanted and posted it on Facebook the day after, where it can be publicly enjoyed by anyone, even Scoopy if he was so inclined.  Here it is. Scoopy is seated to the right, and completely out of the picture. 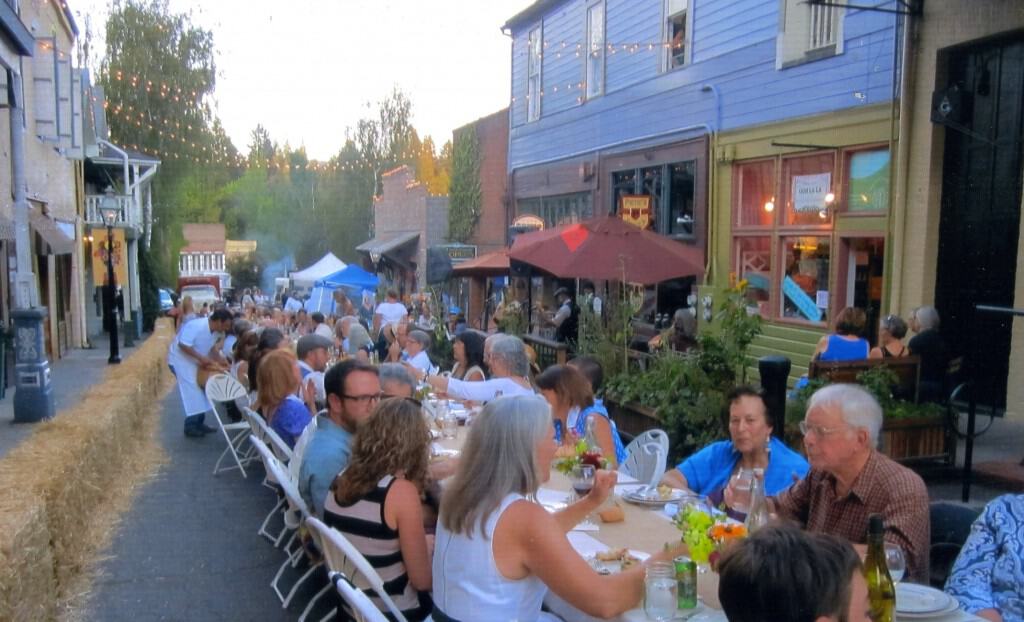