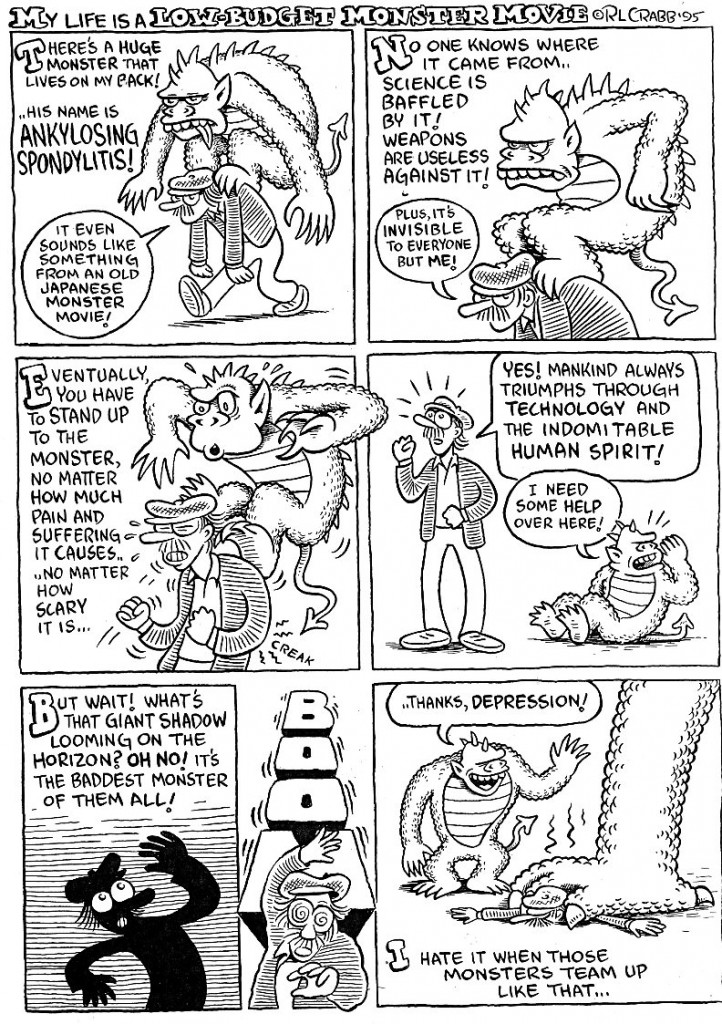 One morning in 1983 I woke up in terrible pain. I found that I could not sit up, and the only way I could get out of bed was to roll out onto the floor and pull myself up with my arms. This persisted for many months, but not having any insurance I toughed it out on my own. Eventually the pain subsided, but the stiffness only got worse.

Finally, in 1990 I was diagnosed with Ankylosing Spondylitis, an arthritic condition which destroys the connective tissue resulting in the fusing of the spine. As a result, I can no longer turn my head and have little flexibility in my back.

I decided that if I was fated to endure this condition, I might as well make a few bucks from it, so I did several comic strips and submitted them to Arthritis Today. Unfortunately, the magazine chooses to focus on rheumatoid arthritis due to the greater number of arthritis sufferers afflicted with that malady. I got a rejection letter, with a recommendation to submit my cartoons to an organization that focused on Spondylitis. The A-S people were enthusiastic, but could offer no compensation. It’s a fairly rare condition, so there isn’t much money to fund public awareness.

That was almost twenty years ago. I’m still standing, although the disease has weakened me somewhat. After living with the monster all these years, the depression doesn’t bother me as much as it used to. I’m just too damn ornery to give in to that BS.