The Other Funeral in Mayberry 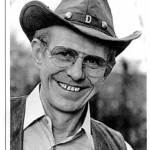 This week, the world mourns the passing of Andy Griffith, the creator of the fictional town of Mayberry, North Carolina. Somewhat less publicized, but no less important was the passing on May 17 of another resident of that iconic TV series, legendary banjo player Doug Dillard at age 75.

Doug, along with his brother Rodney, was half of the hillbilly band the Darlings, who made numerous appearances on The Andy Griffith Show. That exposure helped catapult the Dillard’s band into the spotlight, and Doug in particular. An accomplished musician from a family of musicians, Doug went on to help pioneer the folk-country rock sound of the sixties. He joined up with ex-Byrd Gene Clark to form the Dillard-Clark Band and recorded two albums.

I met Doug in 1979. My friend and songwriting partner Charlie Williams had put together a band in Marin County called Mistress, and they landed a recording contract with RSO Records. (RSO was the home of the BeeGees and Eric Clapton as well.) While they were looking for a single, Charlie played them a tune we had written years before with the Carrie Nation band called “Letter to California”, and the studio execs flipped over it. The album was being produced by Thomas Jefferson Kaye, another singer-songwriter who had worked with Gene Clark on his solo album No Other. Tommy thought the song was perfect for a banjo part and enlisted Doug to come to California for the session.

We spent about a week together at the Mistress house in Lucas Valley, partying and playing music. Doug was a true country gentleman, and the consummate performer. It was a wonderful experience I’ll never forget.

Unfortunately, Tommy’s treatment of the song didn’t work as the single the record company had hoped for, but it was included on their album. (The only song I wrote that ever made it to vinyl.) I got a few royalty checks out of it, but the album was essentially a flop.

A few years later, Doug was doing a bit part in the Robin Williams movie Popeye on the island of Malta. One day he walked out onto the deck of his hotel and fell off, resulting in major head trauma. He was airlifted to London, where, according to the story I heard, he was transferred to an ambulance. During the ride to the hospital the door came open and his gurney started to slide out onto the road. Only the quick actions of a paramedic prevented him from further injury.

Doug showed up in Nevada City sometime in the early eighties, when he played at the Nevada Theatre. (Don’t remember the exact date and can’t find the poster I did.) He was a little slower, but still put on a fine show for the locals. It was the last time I saw him.

According to the press reports, Doug had been in poor health for the last couple of years and had quit touring. He was admited to the hospital with a lung infection and passed away the following day. He leaves a legacy of some mighty fine pickin’ and will always be remembered as the man with a smile as wide as the southern sky. Rest in Peace, Doug.

1 Response to The Other Funeral in Mayberry