A Letter Returns To Sender 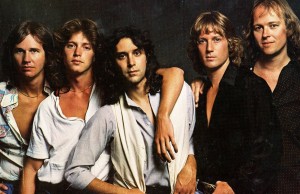 A few days ago I was looking for a reference to the band Mistress when I discovered that a song I wrote eons ago that was recorded by the group had found its way onto YouTube. The song, Letter To California was originally written by Charlie Williams (Center of photo) and me when we were living in a two-room shack in Georgia, the only thing separating us from a horrible strangling death by kudzu were two goats. Before we found jobs there was little to do except, well, write letters to home. Although the song has the line lay at the beach on a warm California night, it meant the beach at the Yuba River rather than the ocean some might suppose.

When Charlie first played the song for the band’s management, everyone thought it was a natural single, a catchy tune with a good hook, but by the time it was finished it ran over four minutes and didn’t seem to fit well with the rest of the album. Another song, Mistrusted Love became the single and made it to the bottom of the top forty.

Mistress had been careful choosing a record label. RSO (which stands for Robert Stigwood Organization) seemed like a winner. The label hosted Eric Clapton and the phenomenally successful Bee Gee’s soundtrack album from Saturday Night Fever. They didn’t handle many other acts, so it stood to reason that the band would get the support they needed to be successful.

Amazingly though, the record company went belly up only a year or so later, leaving Mistress without a label or a hit record. They broke up shortly thereafter. Bass player David Brown went on to play with Norton Buffalo until Norton’s untimely passing, and guitarist Danny Chauncey plays with .38 Special. Charlie is retired, and we keep in contact as much as possible. Here’s the link to the song…

5 Responses to A Letter Returns To Sender