A Night On The Barbary Coast 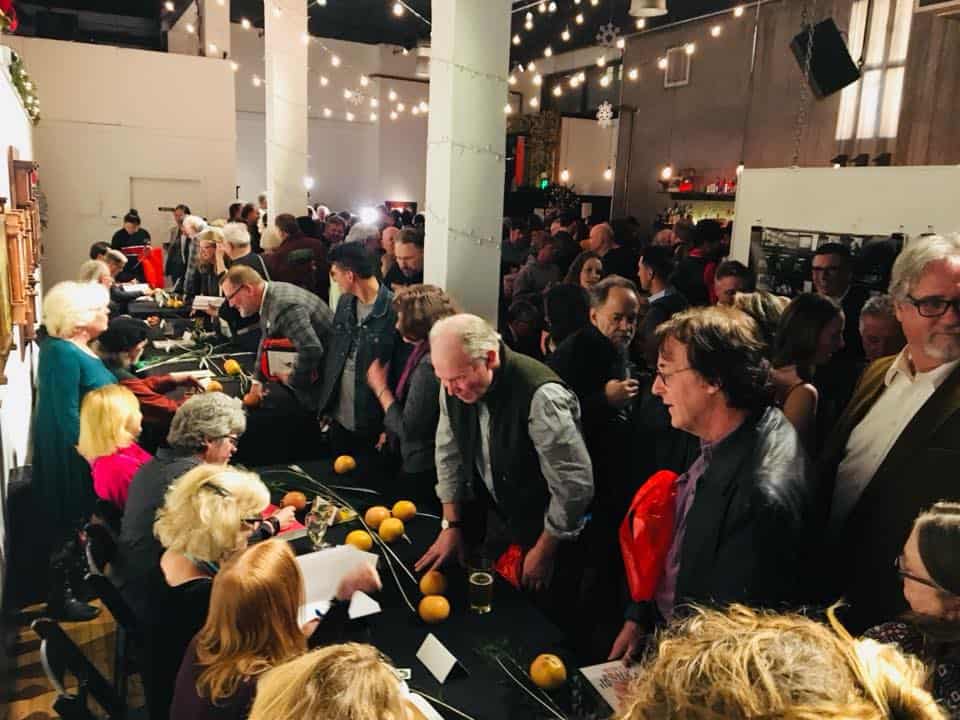 Much has been written about the demise of “old” San Francisco. Hardly a day goes by that we hear another favorite eatery or watering hole has gone the way of the dodo. And, of course, the loss of the characters that make The City the unique is even more distressing.

But for one night, the survivors of the beat and hippie generations gathered at the Minna Gallery in the Mission to honor the memory of our fallen comrades. The official launch of Warren Hinckle’s tribute to gonzo journalist Hunter S. Thompson was by all accounts, a rousing success.

“Who Killed Hunter S. Thompson” is a book written mainly by ghostwriters, in that many of the authors have relocated to The Great Beyond. Thompson, Warren Hinckle, Bill Cardoso, Dennis Eichhorn, John Clancy, Jim and Artie Mitchell were unable to attend, but their stories will live on in Hinckle’s massive tome. 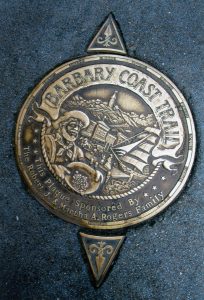 And what stories they are! Before he passed away, Warren laid out an impressive two hundred-plus page history of his association with Hunter, from the time he paired him with artist Ralph Steadman for the Kentucky Derby story in Scanlan’s in 1970 to the weekly column for Will Hearst’s bold journalistic experiment with the San Francisco Examiner and the never-realized book recounting Thompson’s stint as the Night Manager of the notorious O’Farrell Theater.

Hinckle’s introduction is followed by reminiscences by friends and colleagues, including Jerry Brown, Tom Wolfe, and a tribute from the comic strip Doonesbury by Garry Trudeau. 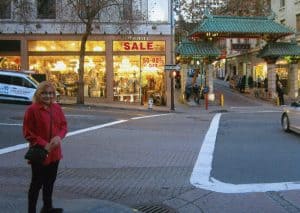 Mary Ann at the Dragon’s Gate, near our hotel.

When we arrived at the gallery, the place was already packed. We ran into Last Gasp publisher Ron Turner and tried to talk him into giving us a pile of books, but he he was concerned that he wouldn’t have enough to satisfy the hoard. We were consoled with free drink tickets though, so I scored a shot of cognac and found my name tag at the row of signing tables.

I no sooner sat down when I was deluged with autograph seekers with stacks of books, so I settled in and did my duty. It soon became apparent that I was not going to escape from this corner for the duration, so I had Mary Ann take my copy to get signed by the other contributors. 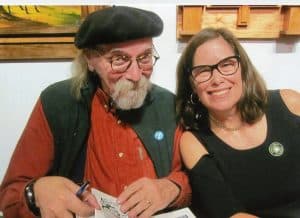 It was especially wonderful to meet Warren’s family, including his partner, Linda Corso, who remarked that this night was the first time she could think about Warren without being sad. Daughter Pia and I discussed the mistakes we needed to correct before the next printing. (Are you listening, Ron?) 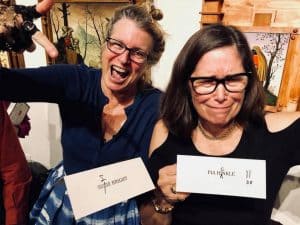 My only regret was being unable to talk to all the interesting folks who showed up for the premiere. I doubt we’ll ever have another opportunity to get them all in the same room again, at least until the next funeral. And you never know, it might be mine.

As for my contribution to the menagerie, I must admit I was shocked to see that Warren gave me an entire chapter toward the end of the Hunter saga. I wrote the stories back in 1992, when it was originally published in comic book form by Fantagraphics Books.

Thanks to Dan O’Neill, I became part of the outlaw comix gang The Wild Dogs during the 1984 Democratic Convention in San Francisco. Our scribbles were published in the San Francisco Chronicle throughout the convention. (One page is reproduced in the book.) Our art studio was located in the women’s dressing room at the O’Farrell.

Later, I became involved in the Mitchell Brothers’ ongoing war with Mayor Feinstein’s anti-pornography crusade, which was when I met Hunter. I really didn’t know him well, but we did have a few interesting encounters.

In 1990, I joined the Bros. expedition to Aspen after Hunter became ensnared in an assault/drugs/ weapons bust. O’Neill and I received a cash advance to chronicle the event, but after Jim shot and killed Artie, he had no desire to pursue the story. I went ahead and finished it myself.

Ron Turner contacted me seven or eight years ago and asked me to submit my stuff for the proposed book. I sent it in and forgot about it, and even when I heard it was finally going to print, I figured I’d fill a few pages at most.

I am humbled to be in the company of such a distinguished crew of malcontents and outlaws, and to have contributed to the history of the Barbary Coast and all that it entails. Thank you, Dan, Pia, Ron, and most of all, Warren. 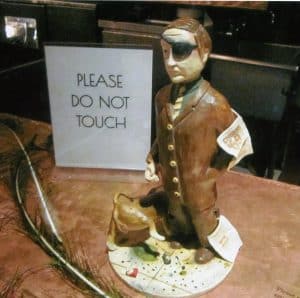 6 Responses to A Night On The Barbary Coast