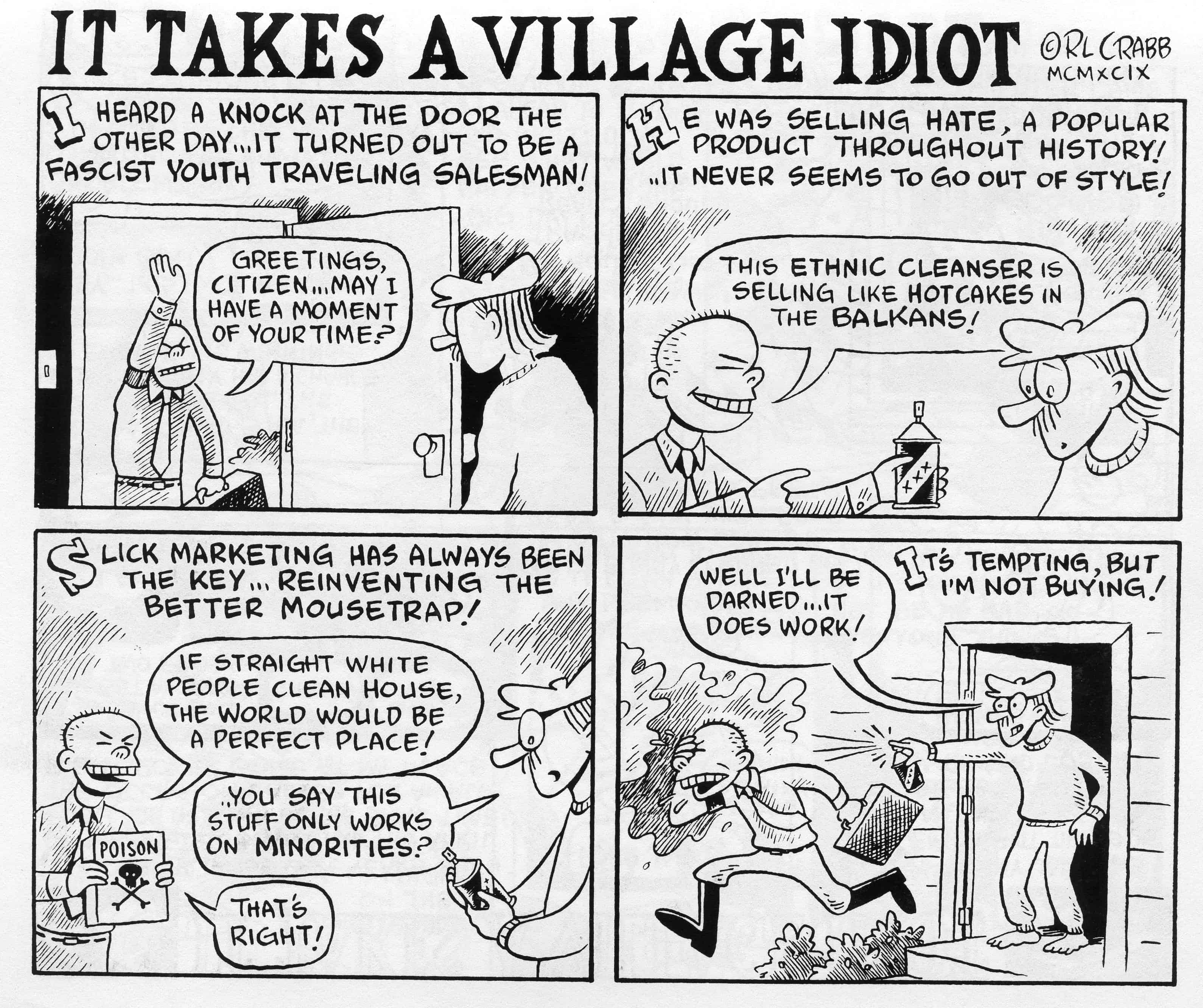 To me, the saddest aspect of 2016 has been the reemergence of fascism in this nation. My father, uncles and hundreds of thousands of their generation put their lives on the line to rid the world of these shit eating cockroaches. It is up to those of us who inherited that legacy to never, ever allow it to rise again. (Note: This cartoon was done during the civil war in Bosnia. How naive we were to believe it would never take hold on these shores.)

52 Responses to A Sad Reminder