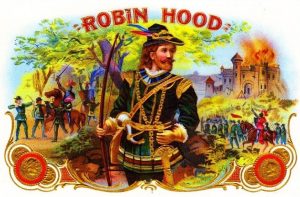 Just for fun, let’s imagine a possible future for rural California after the firestorms of 2017 and 2018. Perhaps it’s a bit over the top, but hey, I have an active imagination…

In response to the latest round of forest fires, major insurers drop the policies of the majority of homeowners in the state, other than those located in the big cities. The decree leaves millions of rural residents with only a state sponsored alternative that doubles the price with half the coverage.

In response, banks stop issuing new loans for  homes outside the concrete corridors of the medium to large cities, and in some cases entire towns are excluded. The result is a major devaluation of  rural properties, forcing many to abandon their homes.

It proves a windfall for the wealthy tech millionaires and billionaires, who can afford to scoop up the land at rock bottom prices, remove the existing wood buildings, and construct metal, composite and/or stone structures within walled enclosures. (Some might call them castles.)

The remaining lands would revert to state or federal ownership, after paying the banks pennies on the dollar. Environmentalists would cheer, as their dream of returning the land to pristine, pre-gold rush wilderness becomes a reality.

However, just because people can no longer afford to live in the forest doesn’t mean they won’t continue to live in the forest. Millions left homeless will simply continue to camp out, living place to place as they are driven off by forest rangers or private security. They will decimate local wildlife as they struggle to feed their families, resorting to the bow and arrow as guns and ammunition will be beyond their means, due to taxation.

Of course, the ruling party in Sacramento will try to avoid such a drastic scenario, but most legislators will be bought off by the oligarchs of Silicon Valley, and urban voters will continue to support those who promise to keep the roving hoards of homeless at bay. There won’t be much money to maintain any but the most meager social services.

And there will be rebellion brewing behind the green canopy. Highwaymen will own the back roads, and the rich will be forced to travel in armed convoys to avoid robbery or kidnappings for ransom. The county sheriffs will do their best, but the numbers will work against them.

Some of the criminals will achieve legendary status, joining the ranks with Robin Hood, Joaquin Murrieta and Black Bart.  Most likely, their true nature will be much harsher, but people love the idea of the heroic outlaw. Eventually, it will all be sorted out, and the state will return to some semblance of normalcy. But the mythology will live on in story and song, with endless reboots and revisions by Hollywood.

Now I know some of you will scoff at at such a dismal vision for our golden state, but take heart; it’s only the product of a self-proclaimed village idiot, inspired by so many other authors of dystopian fantasies like H.G. Wells and George Orwell. It could never really happen, could it?