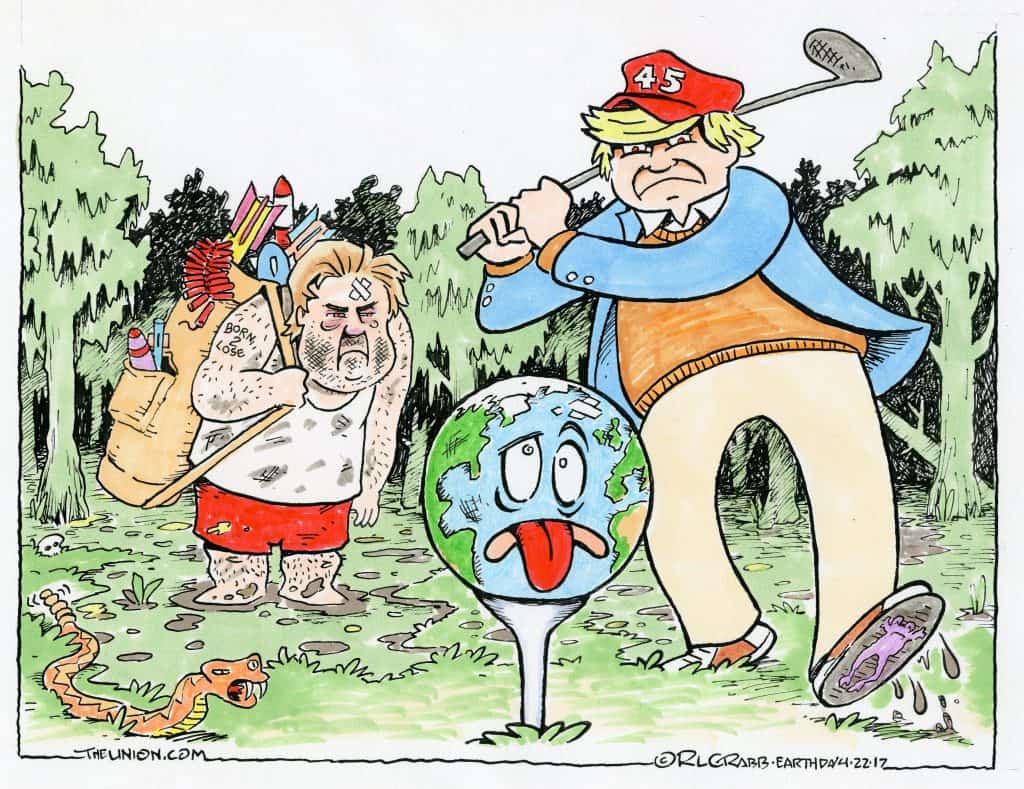 I’ve tried to maintain a neutral stand on the whole climate debate. Oh, I agree that the planet is warmer than it used to be. Having spent most of my life in this area, I’ve seen the changes with my own lying eyes. Winters were colder in the past, and this year our place was flooded five times. That hasn’t happened in the 60+ years our family has lived at this location.

Having said that, I am not as totally convinced that the scenario laid out by the experts is absolute. I’m no scientist by any stretch of the imagination, but I do see from what I’ve read that the climate can change on a dime if the conditions are right. The eruption of a major volcano could reverse any warming at any given moment. Same with an asteroid or comet, or nuclear war. When all is said and done, what is science besides an educated guess?

Still, one of my favorite cartoons (not mine) asks, what if it’s all a hoax and we cleaned up the planet for nothing? Can anyone living in California deny that the efforts to clean up the air has had real and positive effects? I can still remember when you could drive by the Hollywood sign and be unable to see it through the haze of pollution. Likewise with Sacramento.

But even our best efforts are never enough. Environmentalists are continually suing someone over an endangered amoeba in an effort to return our rural areas to some pristine standard that may have never actually existed in nature. They have sometimes used CEQA as a club rather than a scalpel. Environmental regulation has created a shortage of affordable housing in this state.

The Yuba River is a good example of how things have gone sideways. For years, we worked to protect the river from dams, and to do our best to make it accessible to all. As a result, every swimming hole is packed once the temperature passes eighty degrees, and the garbage they leave behind every season could fill several dozen dump trucks. We have loved it to death.

And there’s the real question: Can this planet sustain this many people? The oceans have become our trashcans. The demand for energy has decimated mountain tops and fouled essential waterways. As the last election shows, people want growth over sustainability.

At some point, liberals and conservatives may come to see the human population as the real threat. It will be interesting to see how they deal with it.