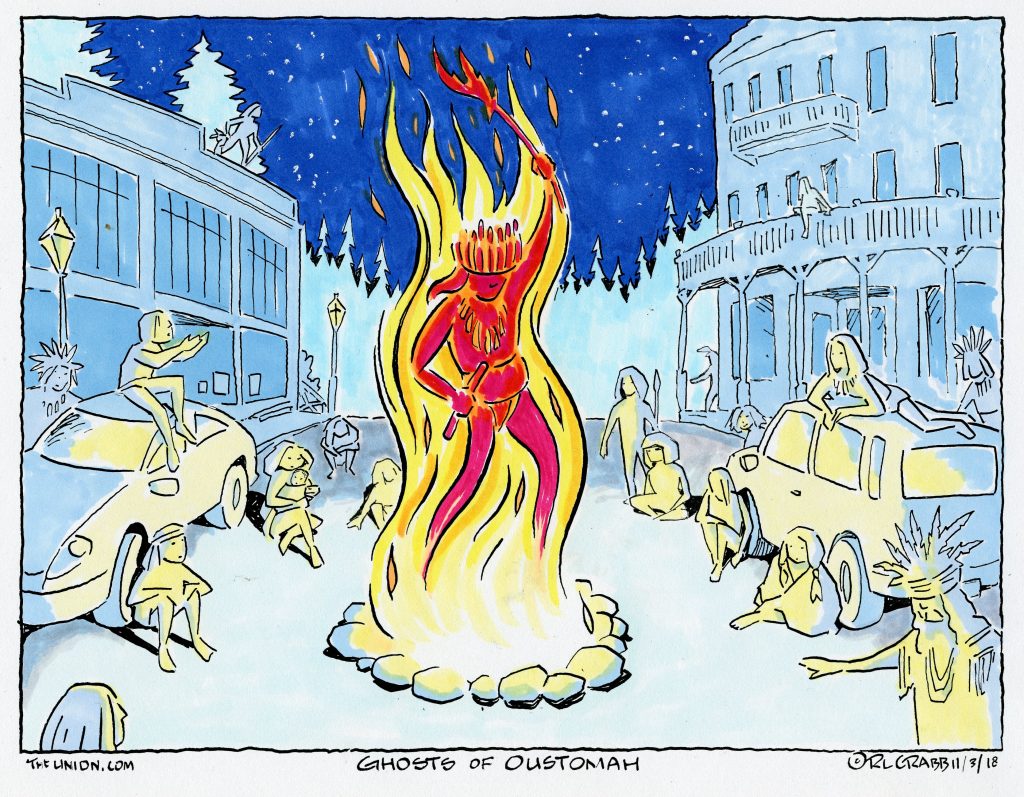 Oustomah was one of fourteen Nisenan villages that occupied the present site of Nevada City. They lived and hunted there in relative peace until the discovery of gold. It must have seemed like the world had gone insane when thousands of crazed prospectors swarmed over the foothills in search of the yellow metal that the Indians had never seen as useful for any purpose.

Within a matter of months the natives were driven from their ancestral home, beaten, murdered, raped and robbed of any human dignity. Those who survived the holocaust were eventually exiled to the Round Valley reservation, where they were further denied any rights or justice.

A few hardy individuals managed to keep their culture alive at the Nevada City Rancheria near Cement Hill, but they were swindled again in 1958 when Congress terminated their status as a recognized tribe.

Today, there is an ongoing effort to reverse that judgement. The case is spelled out in detail in Richard Johnson’s book, The Story Of Us, published by the Comstock Bonanza Press. 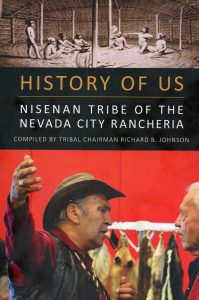 The Nisenan are celebrating their culture this day at Sierra College. There will be native dancing and presentations to educate the public.

And their spirits still inhabit the places where they once called home. The landscape may have changed, but the history refuses to die.

1 Response to Ghosts Of Oustomah