In Defense Of Whiteness 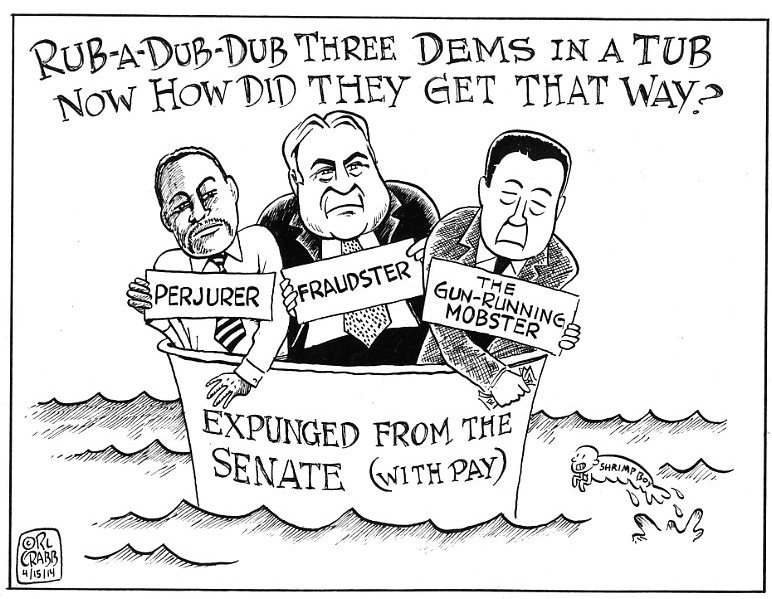 I’ve noticed that in many posts and articles scattered around the internet, “white men” are regularly singled out as the source of all evil on Planet Earth. Being a white man myself, (and harboring the added baggage of being an “old white man”) I find this trend disturbing, and dare I say it…racist!

Now I agree that the white race has caused a lot of mayhem and ill will in our climb to the top of the heap, and many white dudes are responsible for the economic downturn that has plagued the ongoing inequality in society. The vast majority of power brokers are white men. Even so, would it be any different if the culprits in charge were black, yellow, or brown?

As the illustration above points out, the three California Senators who recently disgraced their office and betrayed their constituents just happen to be black, yellow and brown. If you look at the nations around the globe, are those ruled by people of color deaf to the siren call of corruption? Is it white men who bury women up to their necks and pummel their unadorned heads with jagged stones? Or force children into slavery, prostitution and military conscription? Human nature is mostly color blind.

I also find it troubling that much of this criticism comes from white men and women. While I, as an editorial cartoonist, will gladly skewer my own kind, I try to point out that they should be condemned and ridiculed because of their actions, not their race. The same goes for those offending Senators. I actually enjoy the company of other white people, just as much as I enjoy the company of any other race. If I cringe in front of the mirror, it’s usually because of a zit, not my pasty pale complexion.

My advice to my self-loathing white brothers and sisters is to consider jumping off a cliff and thus ridding the world of your loathsome caucasian selves. I would tell you to fuck off, but don’t fuck each other. You’ll only make more white people that way.

5 Responses to In Defense Of Whiteness