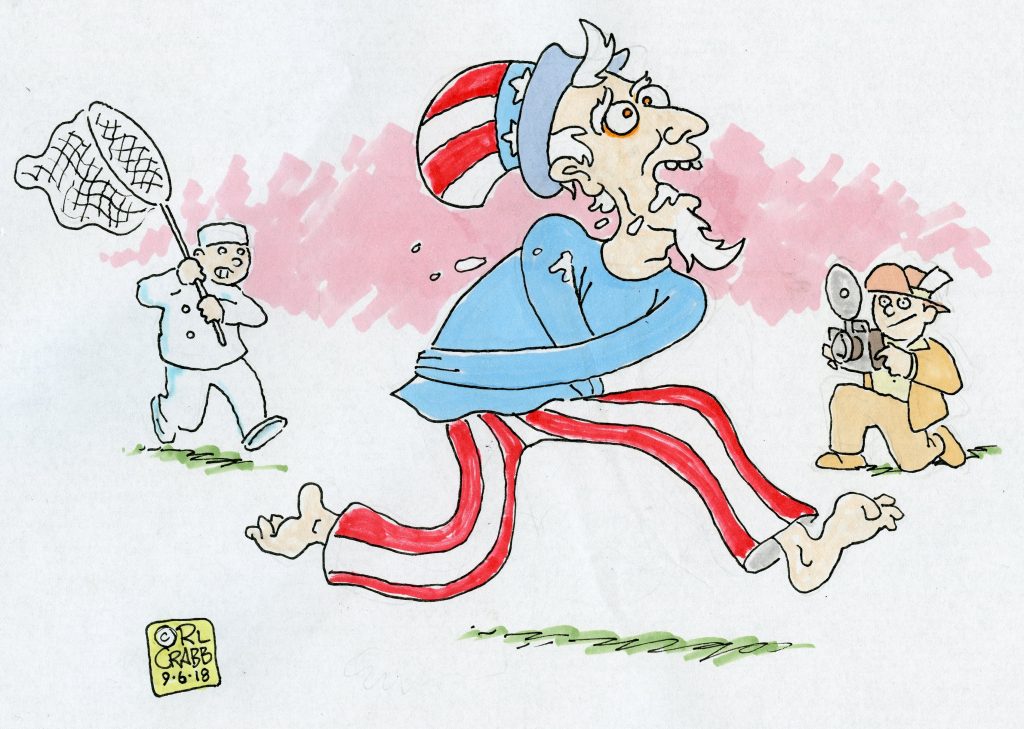 Has the American Dream become the American Hallucination? Can there be any more compelling evidence that this nation has gone stark raving mad?

As the Kavanaugh nomination inches closer to confirmation, the resistance among Democrats and the press has reached a fever pitch. On Morning Joe, a panel of seasoned reporters descended into a frenzy of speculation when the nominee turned his back on a Sandy Hook parent who approached him at the conclusion of the opening round of testimony. They speculated that Kavanaugh obviously snubbed the grieving father who wanted to confront him on the matter of gun control.

Never mind that Kavanaugh had just finished a grueling day watching Senators bicker and talk over each other while screaming protestors were dragged from the room. The dad came up from behind and tapped him on the back, and after a confused look Kavanaugh was whisked away by security.

One of Kavanaugh’s supporters, Zina Bash, who was sitting behind the nominee, was accused of making “white supremacist signs” with her fingers. This would have been somewhat self-defeating, considering her mother was Mexican and her father, Jewish.

The left will leave no turn unstoned at this juncture. Any politician who doesn’t go for the jugular knows he or she will be pounded into retirement by their rabid constituents. If the nominee is confirmed, the progressive agenda will potentially be stymied for decades to come. 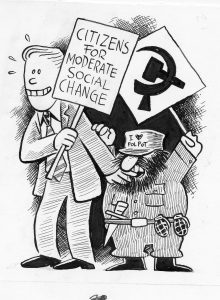 Older Democrats still remember what happened the last time the party lurched toward the far left. In their younger, idealistic days they believed they could do no wrong and George McGovern would lead the nation out of the darkness imposed by the Dark Lord Nixon.

They lost forty-nine states, leading one woman to ask, “How could Nixon win? I don’t know anyone who voted for him!”

Demographics have changed since 1972, and many openly embrace socialism today, but Americans are still the ultimate capitalists. It will not go down without a fight. 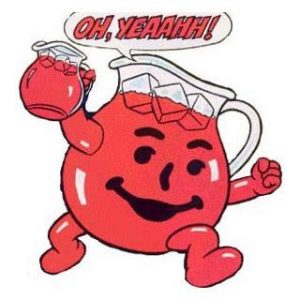 Meanwhile, the Kavanah chronicles were upstaged late in the day by the latest revelations from the schizophrenic White House.

Far from indulging in Trumptown Kool-Ade, the cabinet is portrayed as a check on the President’s dark side. Words like “unhinged”, “idiot” and “crazy town” are sprinkled throughout the text. Perhaps the most telling quote comes from ousted Chief of Staff Reince Priebus: “When you put a snake and a rat and a falcon and a rabbit and a shark and a seal in a zoo without walls things are going to get nasty and bloody.”

It would be easy to dismiss much of this as Woodward’s wet dream, except that El Presidente can’t stop running his mouth and fingers, spewing contempt at his enemies and referring to his own attorney-general as a “traitor” for saddling him with the Mueller investigation.

Woodward’s book claims that his lawyer, Tom Dowd, advised Trump not to testify in his own defense. “It’s either that or an orange jumpsuit.”

Or maybe a straitjacket.