Nothing Set In Stone 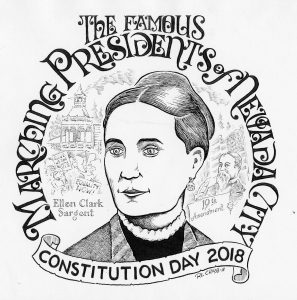 I watched last night’s Nevada City City Council meeting with the apprehension one might have witnessing a public execution.

The condemned was the proposed statue honoring Senator Aaron Sargent and his wife, Ellen, both involved in the birthing of the 19th amendment which institutionalized the right of women to vote in the then-forty-eight states of America.

The project has long been the dream of David Sparky Parker and the Famous Marching Presidents & First Ladies of Nevada City, California. The concept had been bandied about for years, but finally became the official goal of the Presidents in 2011. Fundraising began. An Auburn sculptor created a scale model of what the finished statue might look like.

But there was a problem, one that I discovered some years earlier when I looked up the history of Aaron Sargent. He was a also a vicious racist, especially toward Chinese immigrants. He was proponent of the Chinese Exclusion Act of 1882.

In earlier times, this might not have been a big obstacle, but in light of the current trend of removing the statues of confederate heroes across the nation, it was the death blow to any chance the Sargent statue might have had.

I can’t disagree with that judgement. After all, I defended the removal of those statues, which I contend were more about cementing white supremacy into the southern culture than honoring their past heroes. Put them in a museum and explain them in their proper context in American history.

And it may be that the Sargents and their contribution to local and national history will suffer the same fate. There were many suggestions from the locals, which is normal for politics in Nevada City. One person thought of adding a Chinese person to the monument.  Another suggested a monument that included all of Nevada City’s pioneers.

And there was the suggestion that the only worthy recipient of statuary would be a Nisenan native, preferably a female. If we are looking for an icon that is free of sin, a local native would be as close as you could come. After all, when the forty-niners invaded the area, they not only wiped out the Nisenan, they also obliterated most of their history.

In his recent book, The History Of Us, author Richard Johnson has attempted to fill in the gaps left by the genocide. Not surprisingly, the Nisenan fought wars, were a male dominated culture, and in general were subject to the same prejudices and superstitions that plague the rest of the human race.

This is not to diminish the indignities they suffered. They were cheated out of their heritage and the small plot of land originally ceded to them by treaty. Rather than a statue, they would benefit more by having their legitimacy as a sovereign tribe restored.

Perhaps the best suggestion floated last night was to forget statues altogether and raise money to help those locals who are in need. Name it after Ellen Clark Sargent to honor her work as a suffragette.

But wait a minute…Someone also asked if we know how Ellen felt about the Chinese. Did she agree with her husband? Back to the drawing board… 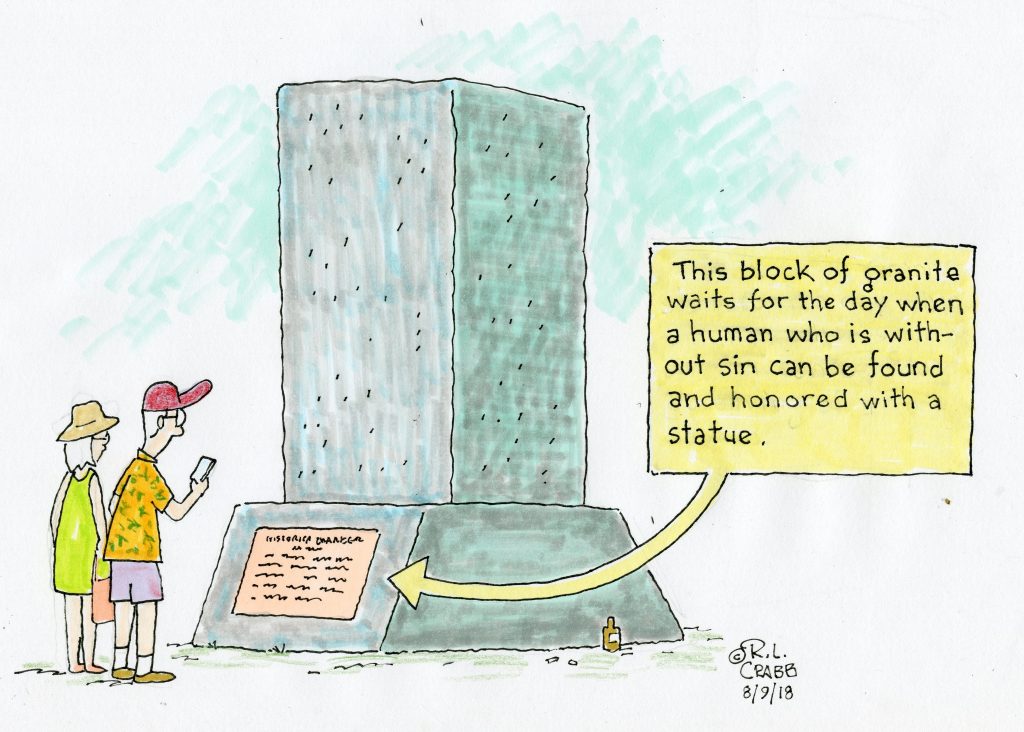 4 Responses to Nothing Set In Stone