Back in 1982, my then father-in-law Frank Kane invited me to submit a cartoon for the San Francisco Press Club’s annual publication, SCOOP. It was a great honor, and part of my reward was sitting next to Charles Schulz at the banquet in December. He was a soft spoken, humble person, no airs or ego. We talked cartoons. (Surprise!) 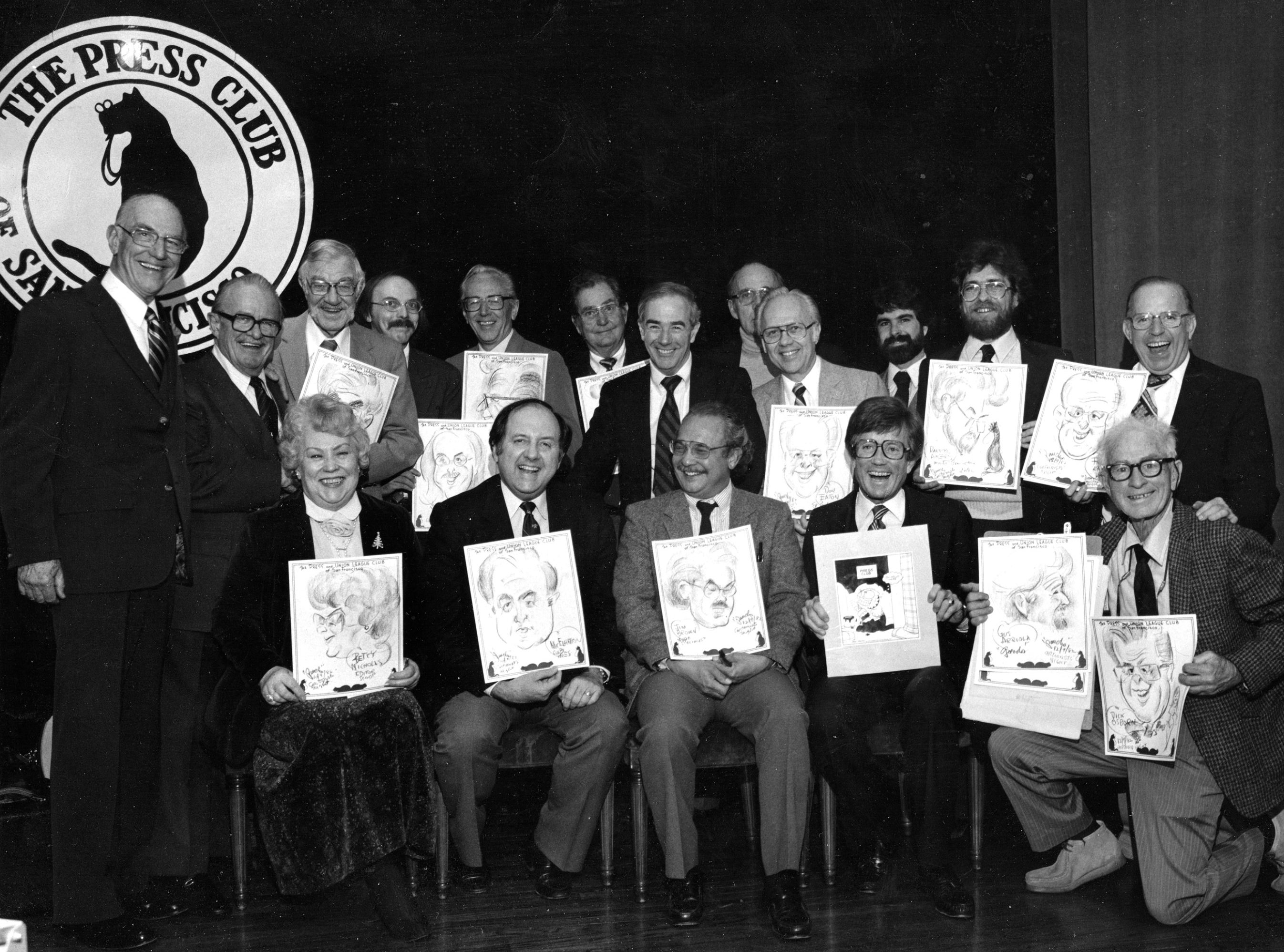 I believe the gentleman on the left is cartoon historian Bill Blackbeard. (Would’ve loved to chat with him but lost him in the crowd.) I am the fourth from the left standing, and next to me is Schulz. You old timers might recognize KSFO’s Bonnie Chastain seated at left, next to hubby Dave McElhatton of KPIX. 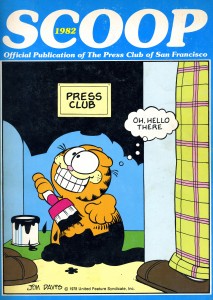 The tradition at SCOOP is to have the yearly cover illustrated by a famous cartoonist, and in 1982, they picked Jim Davis. All the other cartoonists would “roast” him at the banquet. Davis himself was too busy counting his money to attend in person, but the others, including Schulz and Gus Arriola (Gordo) did their part. Unfortunately, I didn’t get to chat with Arriola, who has always been one of my favorite inkslingers. He and his wife disappeared right after the presentation, and didn’t even stick around for the group photo. 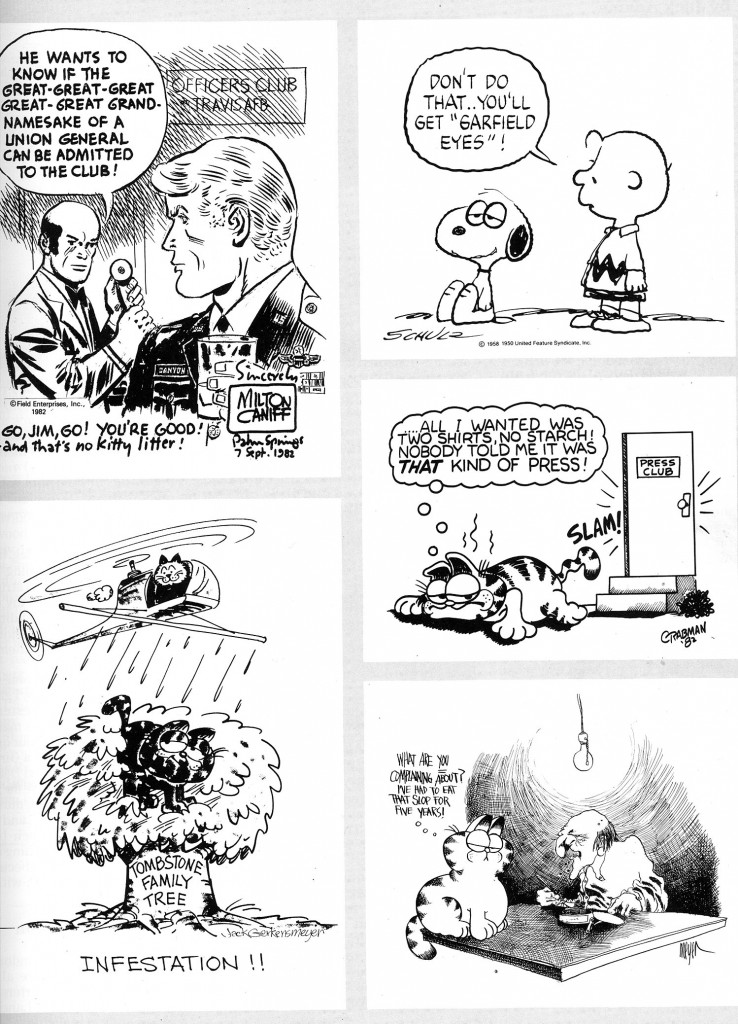 A few of the cartoons from SCOOP. Clockwise, from top left: Milton Caniff, Schulz, me, Tom Meyer (who was the Chron’s editorial cartoonist at the time) and Jack Gerkensmeyer.