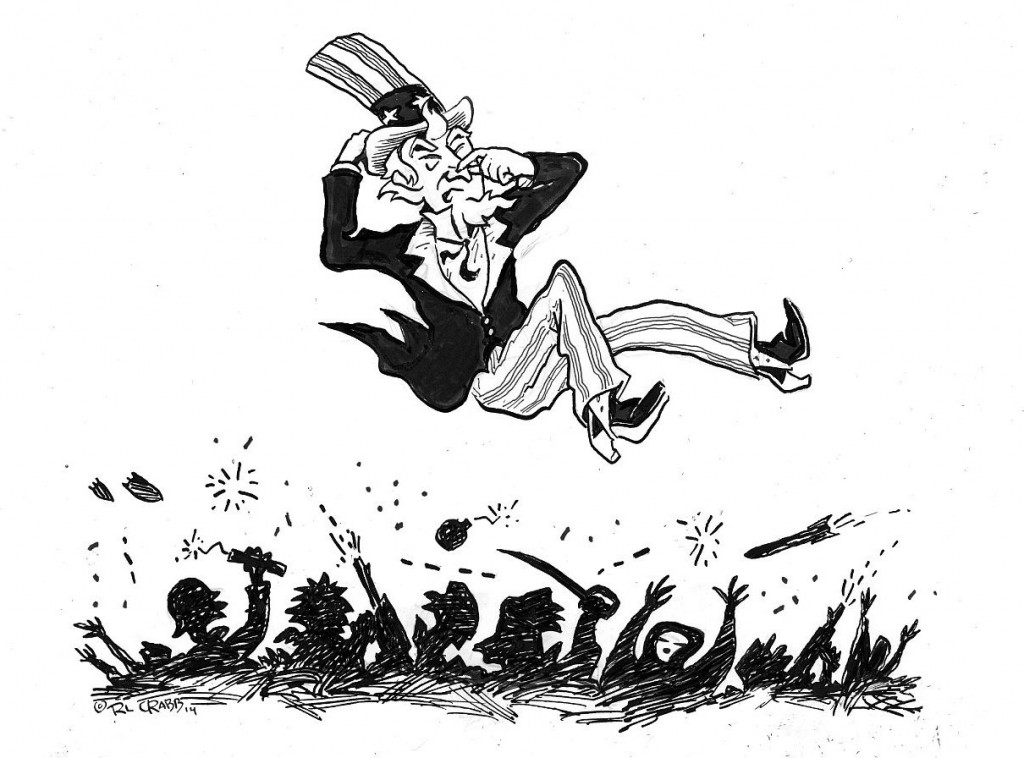 Did you ever have a dream that turned into a nightmare, and when you woke up you realized it wasn’t a dream, but a reality that never ends? That’s what today feels like to me. Another September 11, another call to arms to battle the enemies of civilization. It started on this day thirteen years ago, and there have been so many false endings that I just take it for granted that what I’m seeing isn’t real.

We went to Afghanistan and fought off the Taliban. We went to Iraq to finish what Bush started, or was it Bush that was ending it? I can’t keep them straight. Then we cheered when the long awaited Arab Spring arrived. It really looked like all our blood and treasure paid off, and the sane people were taking charge. But either they elected bad people or the crazy ones started fighting among themselves leaving no one in charge. Then suddenly, Bin Laden was dead, and we all cheered in a reverent sort of way and hoped that it would be the catalyst that would finally break the cycle of bad dreams.

But today we are right back at the beginning. A different name, but the same dark demons. It’s so tempting to change the storyline and not go down that rabbit hole again. The bad guys stand there on the other side and taunt us. They want the nightmare, and they want us in it because they know it tears us apart and keeps us divided. The weaker we become, the closer they are to making their dream come true.

Deep down, we know it’s true. The nightmare cannot be ignored, or we might wake up one day in their grim world, where every day is September 11.

Oh, for a good night’s sleep.