The Blind Leading The Blinded 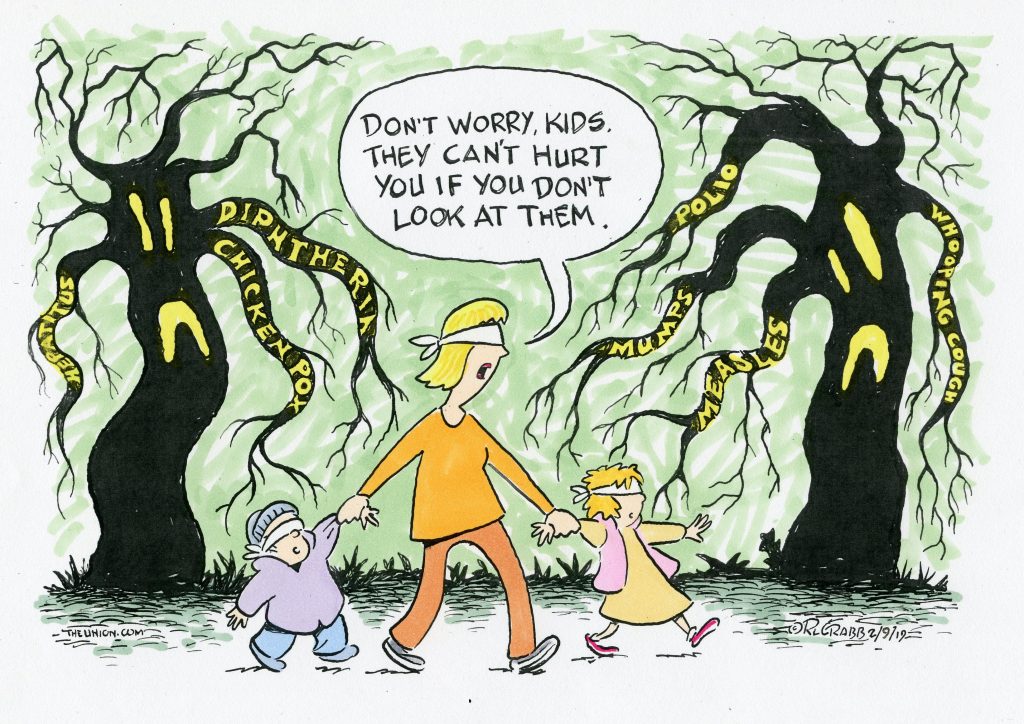 There aren’t many people in today’s world who remember what life was like in the days of mass epidemics like influenza, whooping cough, or the scourge of polio. Yes, many of us survived childhood diseases like chicken pox and measles, but many were scarred for life.

And yet, there are those who persist in the belief that vaccinations are more of a problem than a cure. In the culture of conspiracy, the anti-vaxxers can usually be associated with those who believe the government is poisoning us with chem trails and microwaves, that Sandy Hook was a hoax, or that Hillary Clinton runs a child sex slave ring from the basement of a pizza parlor.

It’s even more disturbing when someone who buys into the anti-vax drivel is an elected official right here in our backyard. In an era when politicians are dropping like clay pigeons over some heresy they committed decades ago, how can it be that Nevada City Vice Mayor Reinette Senum gets a pass when she publicly encourages such beliefs?

Maybe that’s a question Nevada City should be asking.

10 Responses to The Blind Leading The Blinded