The Fire Down Below 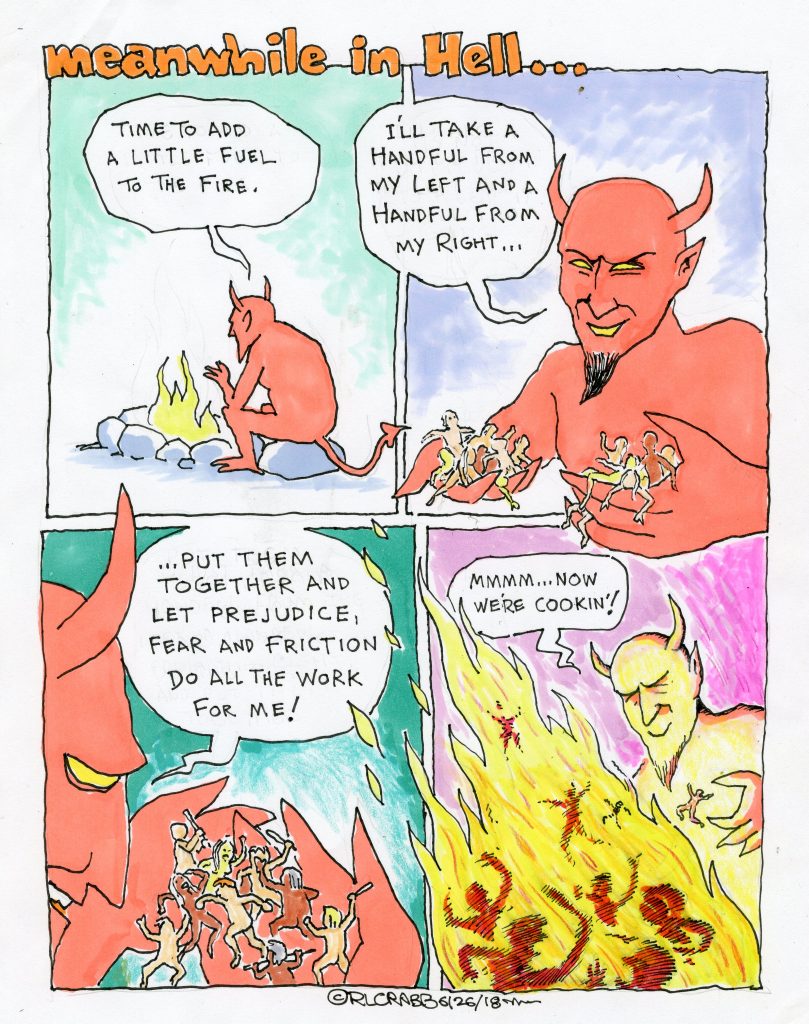 Every day, the hate thermometer moves up another few degrees. And of course, it’s always the other side’s fault. There is no reconciliation, only blame. The Trumpists (they can no longer lay claim to the Republican label) are determined to upend every institution and policy that has governed this nation for the last century. The Democrats are barely holding on to centrist policies as they inch closer to socialism.

The center has all but disappeared from the conversation. Dianne Feinstein and Susan Collins are among the few who can still lay claim to any semblance of bipartisanship, and both are remnants of a past century that we thought was too radical at the time. Now the Reagan and Clinton years look tame and cuddly compared to the current mood.

As I’ve said many times before, it’s all about winning now. Full speed ahead and damn the opposition. If only it was that simple.

What was it, three million votes that separated the two parties out of almost one hundred million cast? When will the 48+ million who lost (in the electoral college) fade away? By the same reasoning, all those predictions of the die-off of old Republicans hasn’t really panned out, and even if they do it will be another decade before it makes any difference.

By that time, I doubt the Republic as we know it will still exist. Even if the “blue wave” comes to pass in November, it will only serve to widen the chasm.  If there are winners in the break up of the states, they will only be Russian and Chinese.

Where are the sane voices? Certainly not Maxine Waters, who has called on the true believers to confront every Trump voter in every public place. Certainly not our resident ex-supervisor Todd Juvinall, who is clamoring for martial law on the southern border, even if he can’t spell it.

And I can hear it now…Well, Mr. smartypants cartoonist, how would you solve the great divide? How can you resolve such diverse visions of how this country should be run?

What we’ve always done, that’s how. We compromise and bitch about how we didn’t get everything we wanted, except peace. Remember, the pursuit of happiness is no guarantee that you’ll ever get it.

4 Responses to The Fire Down Below