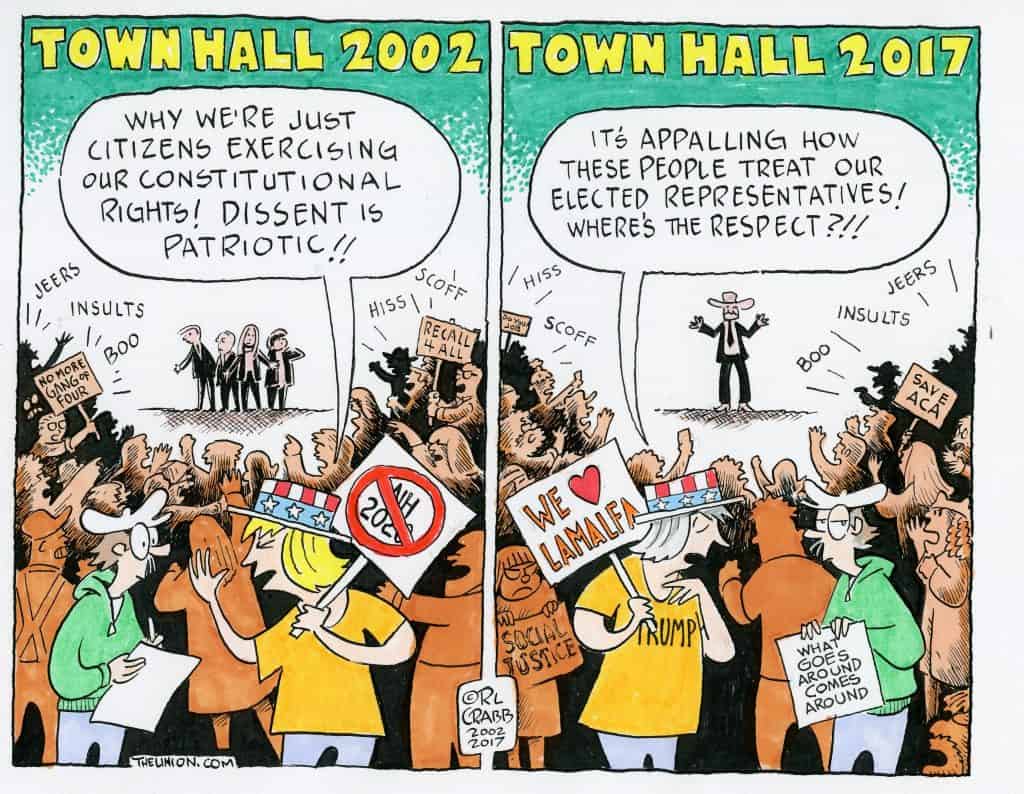 The Union has been running letters from local Republicans whining about the boisterous crowd at last month’s town hall meeting with Congressman LaMalfa. No respect! Where’s the civility?

Where? It’s in the same place you left it fifteen years ago during the reign of the so-called liberal Gang of Four Board of Supervisors. (Peter Van Zant, Izzy Martin, Bruce Conklin and Barbara Geen.) In other words, they forgot to bring it to those meetings. Chalk it up to selective memory.

Don’t tell me it was a figment of my imagination. I was there, bunky. The harassment went on for four years, and and only ended when the heathens were driven from office and their ambitious land use initiative, Natural Heritage 2020 was burning on the BBQ grill of history.

So suck it up, Repubbys. It’s going to be a long four years ahead…

82 Responses to Then and Now