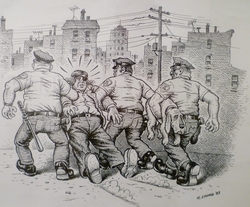 Word has it that Warren Hinckle has gone to that Big Newsroom In The Sky. The only surprising thing is that he managed to live to the over-ripe age of 77, given his fondness for strong drink and his proclivity for irritating the rich and powerful.

I worked on several of his ill-fated crusades, including the campaign against Mayor Dianne Feinstein’s efforts to close the Mitchell Brother’s O’Farrell Theater in the eighties and the contest to win control of the San Francisco Examiner after the Hearst family put it on the market.

He had a natural talent for extorting money from newspapers and publishers and then failing to meet deadlines, but who’s perfect? He always made sure my check was in the mail.

Warren was part of the dying breed of San Franciscans who made The City unique, before it was bought out by the soulless tech giants that have leveled so many landmarks and driven out the minorities, poets and artists. 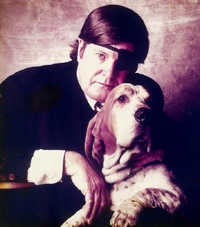 From ’64 to ’69, Hinckle was the executive editor of Ramparts and after that Scanlan’s Monthly. He headed Francis Ford Coppola’s City and wrote for both the San Francisco Chronicle and the Examiner. He ran for mayor and derided the effort to make Tony Bennett’s I Left My Heart In San Francisco the official city song, saying it was too wimpy. He wrote several books, including an autobiography titled When Life Gives You Lemons, Make Lemonade. At the time of his departure, he was still tinkering with his last tome, Who Killed Hunter Thompson, which is scheduled for publication next year.