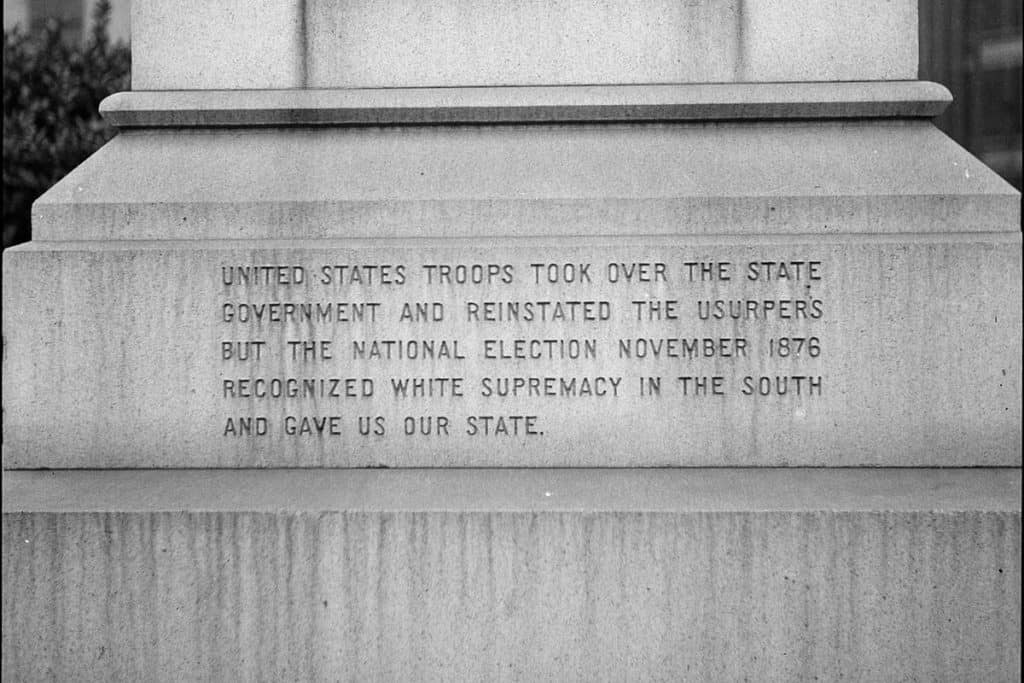 Right wing apologists ask when the statues of George Washington will meet the same fate as the confederates? After all, George was a slave owner.

Well, indeed he was, but in his will he ordered that his slaves should be freed upon the death of his wife, Martha. Martha, fearing that the slaves might try to hasten her demise, freed them early.

George knew his place in history, and he tried to set an example for those who would follow him.

On the other hand, the heroes of the confederacy fought to keep the black race chained in perpetuity. Slaves were little more than beasts of burden, unequal to the responsibility of citizenship. This was the mindset of all those generals and politicians in the so-called “war of northern aggression.”

In these United States, statues should honor those who risked their lives and reputations to advance the cause of freedom, knowledge and human rights, not those who fought to deny them.

6 Responses to Written In Stone