Inept v. Insane: You Decide Which Is Which

Over the lifespan of this blog, I have put forth the proposition that our two party political monopoly is headed for a massive fail. It doesn’t matter which side happens to be dominant at any particular time. Neither is capable of tackling the challenges of the 21st century, at least in their current configuration. 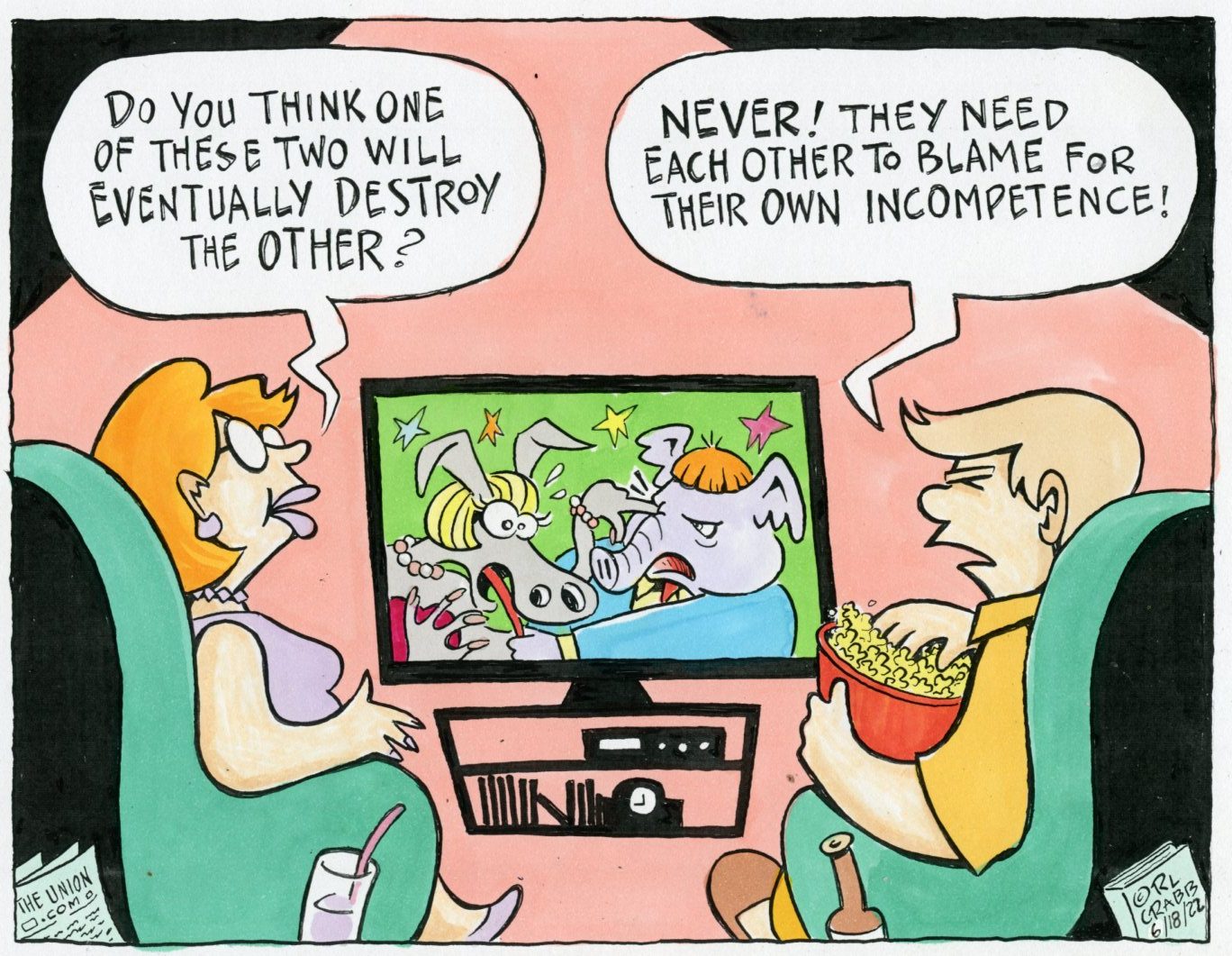 Partisans on either side will rise up to protest my assertion, which is the heart of the problem. There is little self-reflection in today’s politics.

It can be summed up in the current state of the union. Republicans blame inflation, gas shortages and a stumbling foreign policy on Biden and the Democrats, but those problems would have existed no matter who won the election of 2020. If Trump was still in office those same Republicans would be making the same arguments we hear from Democrats on why it is nearly impossible for government to instantly change a reality that took a decade (and both parties) to create.

It could be argued that Putin might not have dared to start his war on Ukraine if Trump had has finger on the nuclear trigger, but then we are dealing with a guy who called the invasion “brilliant” and spent most of his tenure bullying his NATO allies and trying to blackmail Ukraine’s president.

And if anyone had any doubt that your father’s GOP was dead and buried, you only have to watch the Texas Republicans as they attempt to purge any semblance of moderation from their goosestepping ranks. Likewise, Missouri senate candidate Eric Greitens and his latest ad promoting “RINO” hunting licenses. Scary people, even to their own.

Meanwhile, after running as a centrist who would calm the political climate, Joe Biden quickly embraced his party’s attempts to vastly increase the size of government and the nation’s already massive debt. The fawning press hailed him as “the next FDR” who would boldly reshape the political landscape.

The only thing they forgot was, despite capturing the White House and  Senate, Democrats actually lost seats in the House of Representatives. Their hold on the upper body depended on every Democrat voting in unison with Veep Harris as tiebreaker. Joe Manchin quickly squashed the notion that happy days were here again.

In California, one party rule hasn’t solved homelessness, crime, the lack of water or the skyrocketing cost of living, despite having billions of dollars in their coffers and mountains of laws and regulations. Instead they are more concerned with identity politics and squabbling endlessly over how to dole out money to favored constituencies.

While families struggle to afford the highest gas prices in the nation, they refuse to even consider delaying another hike in taxes and put off rebates until the fall election. It’s the same with the poorly regulated electricity providers.

How anyone could vote for either of these political parties remains a mystery, yet it continues through every election cycle. Every attempt to find a reasonable middle alternative is either hijacked by one side or the other or just dies on the vine. Fear of “the other” is the prime motivation.

If there is one thing most conscious Americans agree on, it’s that we are headed for a showdown come 2024. It won’t be pretty.