So the Ninja Warriors sifted through the Arizona bamboo ballots for the umpteenth time and could only find more votes for Sloppy Joe. It still didn’t stop some of our local dimbulbs from trying to force an audit on the election department.

Stupid competes with stubbornness in today’s Trumpublican party. The base is unwilling and unable to admit defeat.

What irritates me most is they force me to vote for the party obsessed with sex, race and economic dependence. The party that sees crime as an inconvenience that can only be resolved through tolerance rather than punishment. The party that believes a 50.1 majority is a mandate to pass sweeping legislation, although it appears that two maverick senators have gummed up the works. ( But oh, how they loved the maverick senator when it was a Republican sticking it to his party.)

Progressives are sweating profusely on this one. Circumstances and policy fuck-ups have left the Democrats in a precarious position with the midterms coming on like a freight train. The tracks are rusted and ready to derail the the entire agenda for the last two years of Sloppy Joe’s administration.

Even worse, it looks like the creature, Trump, will be mounting a comeback in 2024. Despite his age, Joe will be encouraged to run for reelection, as it appears his heir apparent has little electoral appeal.

So much for a return to normalcy. 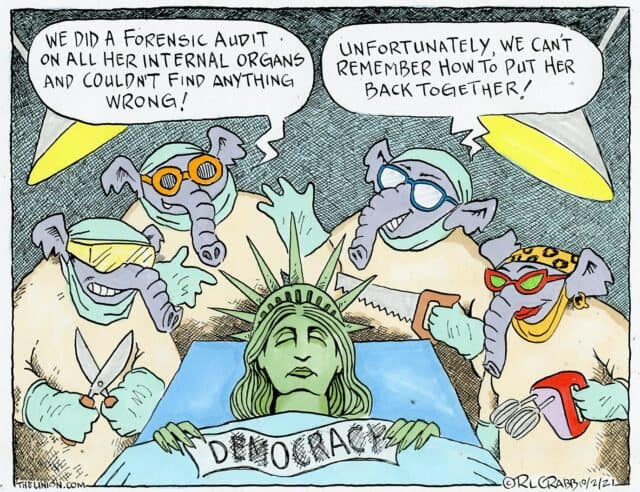