Prospecting For The Truth 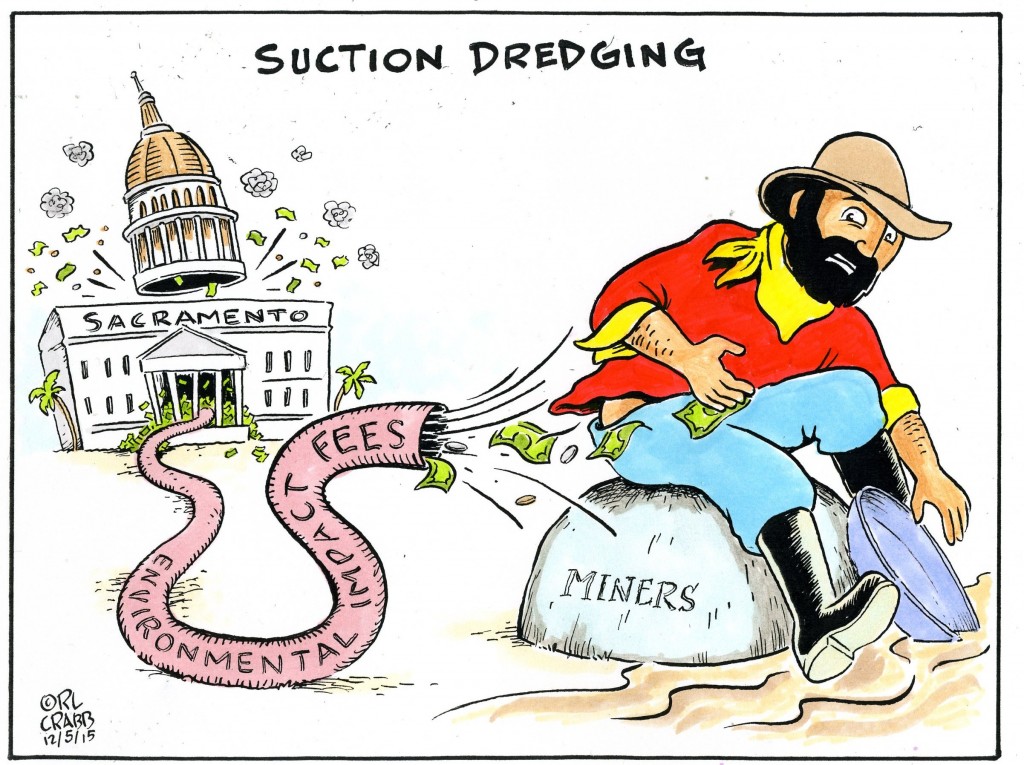 I’ve been out of town for a few days, paying my final respects to an old friend and co-conspirator up in Seattle. (I’ll have more to say about that on another post.) Meanwhile, my cartoon from Saturday has upset poor Scoopy. He seems to think I’m scaring the children.

Well, if you look at the drawing, it’s pretty much a statement of fact. The people who run the government don’t want anyone suction dredging in our rivers and creeks, but rather than an outright ban, they have chosen to make it too expensive and complicated for the average small time miner to comply.

As someone whose job it is to chronicle the changes happening all around us, the new rules seemed like a natural subject for the local audience. There are many people in the area (or weekend visitors) who mine either for a living or as a hobby. They’ll be limited to gold panning from now on.

But if you’re connected in any way with The Union,  Scoopy just can’t help but toss out insults and twisted facts. He’s done it lately with Tom Keller, Keri Brenner, and constantly with George Boardman, Jim Hemig and yers truly. In his latest rant, he’s telling his audience that I’m a rabid right winger. He knows I’m not, but facts never get in the way with Scoopy.

It’s par for the course. When the Scoopster left the editor’s office at the paper, he left behind a stack of unpublished opinion pieces and letters that didn’t fit his world view. He’s a true believer in political correctness and censorship. We don’t miss him at all.

12 Responses to Prospecting For The Truth