The Campaign In The Ass 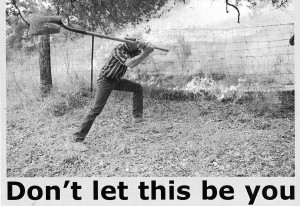 The local election scene is starting to take shape, and the usual lines are being drawn between competing ideologies. Oh, we say that these offices are non-partisan, but everybody knows that in most cases it’s a progressive versus a conservative. It’s all a matter of degree, and hardcore ideologues tend to be weeded out of the process in the first round of voting. Voters in Nevada County are mostly moderate, preferring to elect people who can reach consensus to keep the ship afloat rather than go down with it.

There are some who contend that our county is sharply divided along party lines, so much so that we are the laughing stock of the foothills. I doubt that. Having followed most of the races for the last twenty years I can safely say that the rhetoric has been mild compared to past contests, even when you count the contentious Pruett vs. Diaz county clerk campaign, or the candidacy of Ted Turbolizard for congress.

Now if you go back to the year 2000, that was a nasty election. At the time I was living on Bourbon Hill ( or as I liked to tell people, a few houses down from the corner of Uren and Bourbon ) in Supervisor District One. The incumbent, Peter Van Zant was facing local boy Greg Seghezzi. After decades of Republican domination on the board, Van Zant, Sam Dardick (5th District), and Izzy Martin (4th District) upset the apple cart and were busily preparing to launch the now-infamous NH2020 land use initiative. Conservatives were determined to reclaim the majority.

Greg Seghezzi was well known and well liked by most people. His family owned several independent grocery stores, and Greg was a contractor. The campaign started off in a civil manner, but Van Zant seemed to have the upper hand in debates. He was animated and knowledgeable, where Greg stuttered and hesitated. He was trying to come across as a moderate, but couldn’t seem to articulate it.

So the war of the mailers began. Like the debates, it started off with pictures of family and testimonials from the county elders, but soon sank into the mud pit, or should I say…the burn pile. The photo above appeared on a Seghezzi mailer. On the flip side, Van Zant was accused of using airport improvement funds for “something else”, jeopardizing Nevada County’s fire protection by implying that the air command would be moved to Lincoln.

Van Zant countered with this “Fool’s Gold” mailer, which tried to tie Greg to developers who might bring in “big box megastores that could harm our small businesses, and overdevelopment that could force a six-lane highway through Grass Valley.”

This mailer stated that Van Zant wanted you “to hear the word sprawl and feel afraid” and tied him to the antics of Yuba Nation, a group of Earth First type tree sitters and monkey wrenchers.

(You have to admit, the little owl sitting on his shoulder was a nice touch!)

And so the campaign slogged on through September and October. Then on the Saturday before the election, this final mailer appeared in my mailbox.

The hand-written note above the overlayed text reads “Mandatory Reinspection(sp?) of severe Norway rat infestation”. This referred to the Alta Sierra Market, which had been owned by Seghezzi years earlier. After citing numerous health violations, the mailer asked; “Is this the kind of accountability we want?”

Now it can be argued (as Van Zant did) that after the puppet master mailer Peter was justified in bringing up this piece of ancient history to even the odds. What irked me was the timing. The Union had (and still has) a policy of no political ads, letters or opinion pieces during the final weekend and Monday before the balloting begins. This meant that Seghezzi could not answer the charges publicly. (There was little social media at the time, other than mass emailings, but most people were still unconnected to the web. Facebook was still a few years down the road.)

The thing that really bothered me was knowing Peter and Greg, and knowing that neither of them were “evil”. But both had signed off on this trash campaign. The situation called out for a cartoon, despite the paper’s ban. So I took my stack of mailers and I drew the candidates as they described each other. I presented it to editor John Seelmeyer on Monday, and he ran with it. 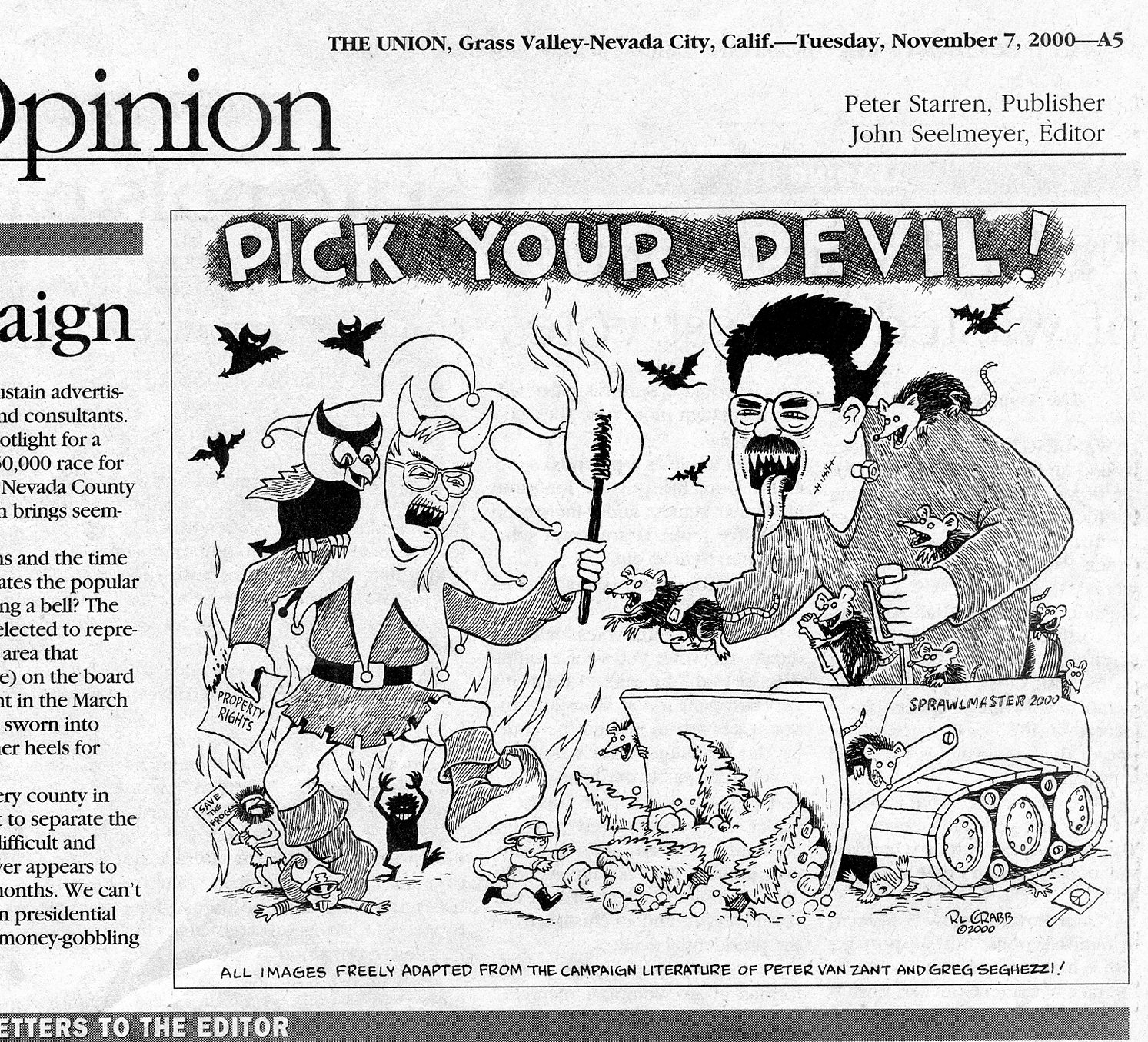 Not a pretty picture is it? Both campaigns were upset with the paper for chucking the four-day abstinence from politicking, although Peter told me he liked the cartoon. Greg, not so much, but we were on speaking terms before his untimely passing.

So I would say that our local elections are quite civil compared to those wild and wooly days of 2000 to 2004.  I’ll be watching to see how things play out this time around. You never know…There could be a cartoon in it. It’s up to the candidates to prevent a repeat performance.

8 Responses to The Campaign In The Ass