The Ship Of State 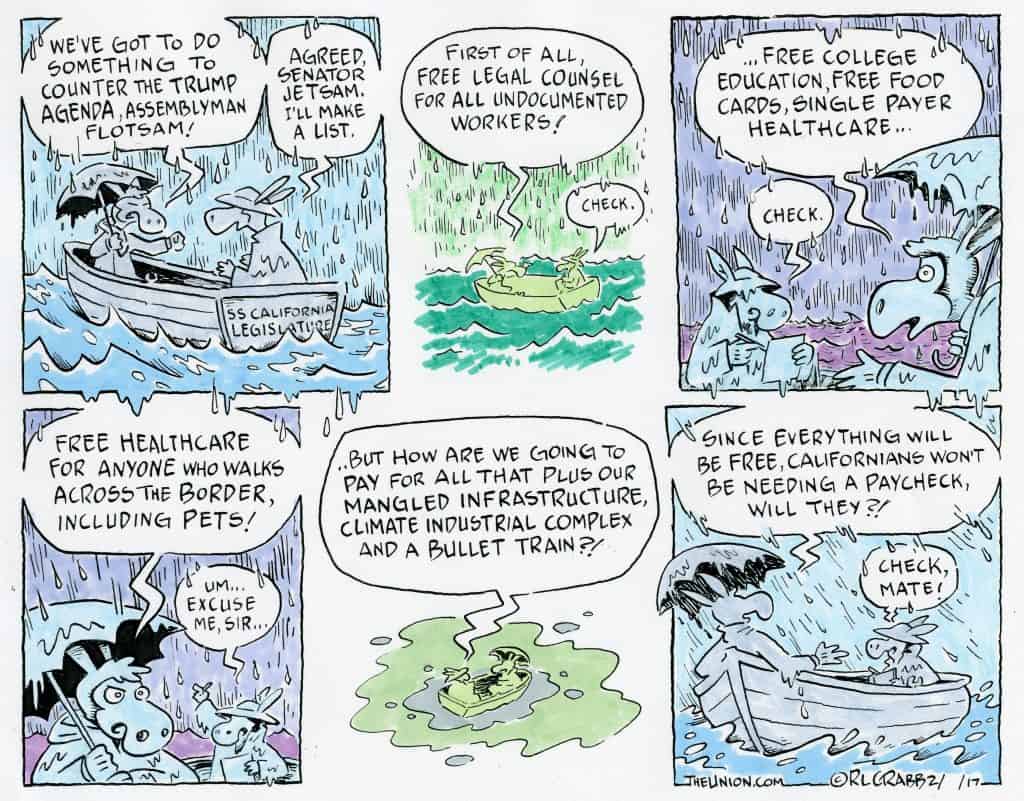 Californians are oozing with empathy, and it is reflected in the people they elect to the state legislature. If you are among the disenfranchised, they are there to cuddle you in the arms of government. Their only problem is finding a way to pay for it without scaring too many earners and job creators into leaving for greener and cheaper pastures.

Fortunately, we have the best climate on earth, and the most diverse and beautiful landscapes to explore and admire. This has always been the magnet that draws the dreamers to our golden state. But even so, when the burden of taxation becomes too great, even the sweltering humidity of Texas or Asia could begin to look more bearable.

And before you go off on my “libertarian” elitism of wanting services without paying for them, I get it.

I understand that we will most likely always have Big Government to run a state the size of California, and that it costs money. But at some point people need to start looking at what is important to them and putting their own wallet to work instead of relying on a system that requires huge buildings full of bureaucrats with massive pensions to dole out the leftovers for upkeep of our fair state.

It’s not impossible. Since the Republicans defunded Planned Parenthood, donations have skyrocketed. In our own community, citizens have backed local taxes to solve local problems such as potholes, sidewalks and parks. The money stays here instead of going through Sacramento or Washington. And when disaster strikes, as in the recent case of Lefty’s restaurant flooding, the public is more than willing to pitch in and help.

In the Age of Trump, which is likely to last four years at least, money from the federal government will not be forthcoming. With healthcare and infrastructure as immediate priorities, is it wise to go on a new spending spree?

It’s time to take another look at how tax dollars are spent, and how many hands the money must pass through before it comes back to where it’s needed.

58 Responses to The Ship Of State