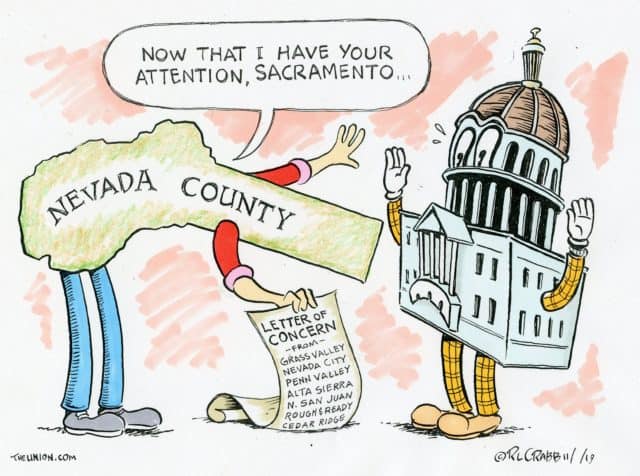 Nevada County, backed by the cities of Grass Valley and Nevada City, sent off a nice letter to the California Public Utilities Commission, hoping for relief from days of no power in most of the county. Will it do any good? That remains to be seen.

Local grocery stores and restaurants lost thousands of dollars worth of perishables. Workers lost much needed wages while their employers’ places of business sat dark and idle.

It even affects my book sales. I purposely planned the release of The World Is Askew for late October to coincide with the beginning of the Christmas season. I’m not complaining too much. I still managed to sell a fair amount despite having to reschedule and work around the days of darkness. But I believe I would have done better if everyone wasn’t so distracted. And it’s still early, so I’ll probably try to do a few more signings.

I probably should have gone into generator sales instead of cartooning.