What If They Held An Election And No One Showed Up?

There’s an election tomorrow for state senate. Thanks to Dan “I want it all” Logue’s off-and-on candidacy in the general election in November, no one managed to get the required 50%+ needed to avoid a run-off. 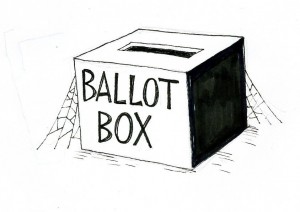 This has been the most non-election I’ve seen in these parts in many a moon. I don’t think I’ve received one mailer for either candidate. What candidates? Thanks to the “top two” rule, only Republican Nielson and Democrat Harrington will appear on the ballot. Ho hum. Any guesses on how low turnout will be tomorrow?

6 Responses to What If They Held An Election And No One Showed Up?