What Would A Moby Dick Do?

Congratulations to my fellow worker bees at The Union for garnering sixteen California News Publishers Association awards for journalism, including 1st place awards for general excellence, feature story, and editorial comment. (I was a finalist for an NID cartoon.)

We are in the category of newspapers with a circulation of 15,000, so it doesn’t rise to the level of a Pulitzer (and congrats to the Santa Rosa Press Democrat on their Pulitzer for coverage of the devastating fires of last fall.) but it’s nothing to sneeze at either. It takes a lot of effort to put out a daily newspaper. The honors are deserved.

That is, unless you’re a grumpy old ex-editor who still hasn’t gotten over being “let go” by what he considers to be his inferiors. Good lord, it’s been close to a decade since His Superiorness has been freelancing, and still he harbors a grudge while reminding his flock of the glory days at the S.F. Chronicle. It’s like Herman Melville’s classic tale, only it’s the whale who keeps the obsession alive. 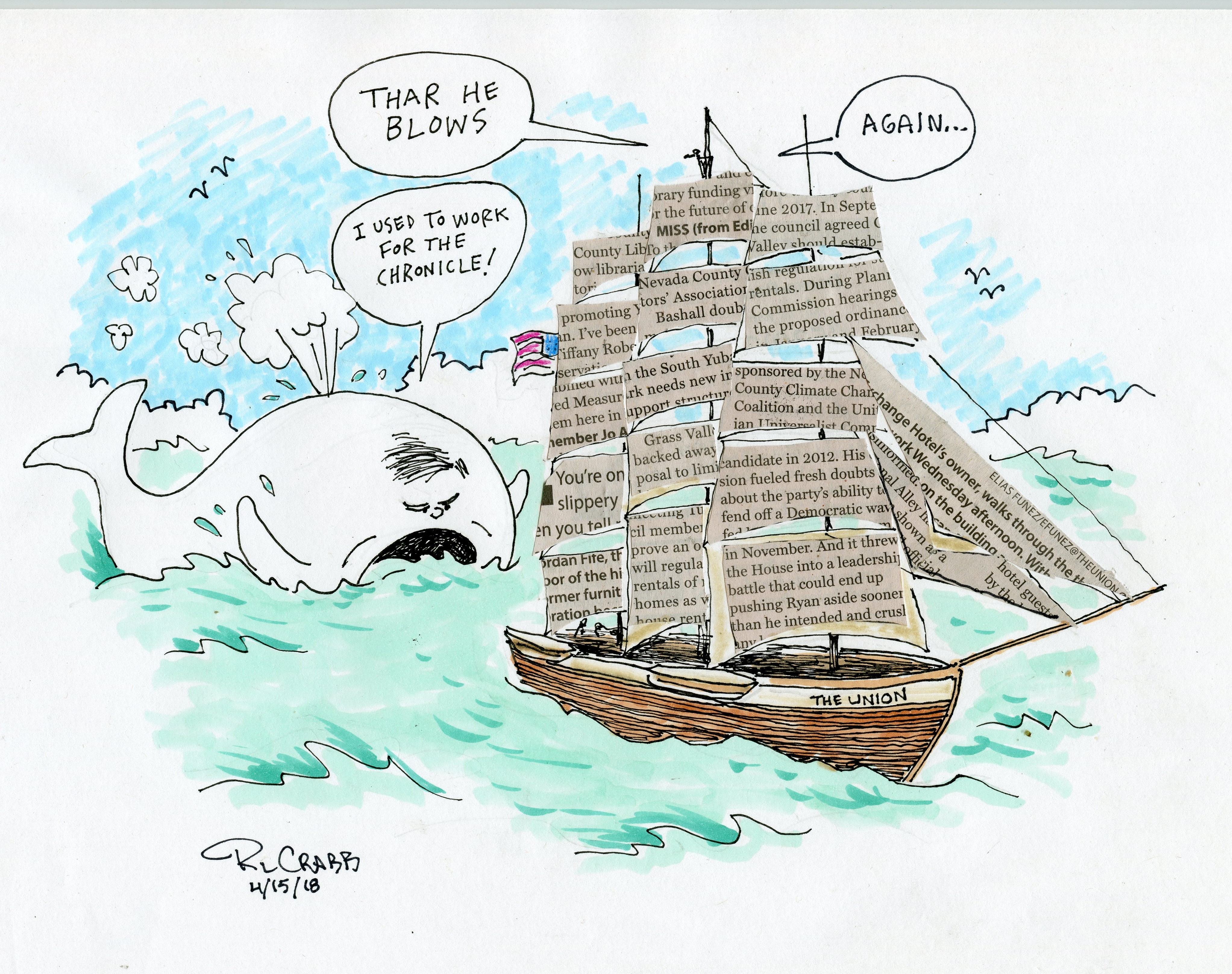 4 Responses to What Would A Moby Dick Do?