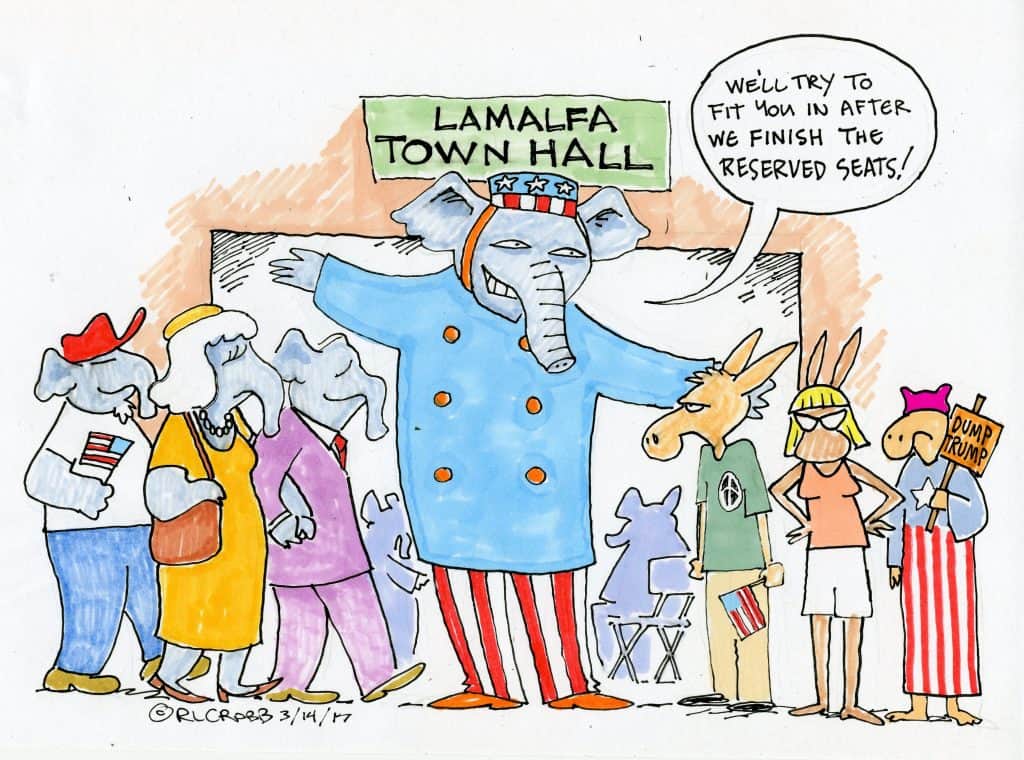 When it was announced that the long awaited Congressman LaMalfa town hall meeting would take place this Saturday (noon @ the fairgrounds) local Republican Bob Hren let it be known that Republicans would have first dibs on the seating to prevent the dog and pony show to be dominated by surly Democrats. Don Bessee is doling out seat assignments.

Do you get the idea that Hren and Bessee are intentionally provoking the left to create a disturbance?