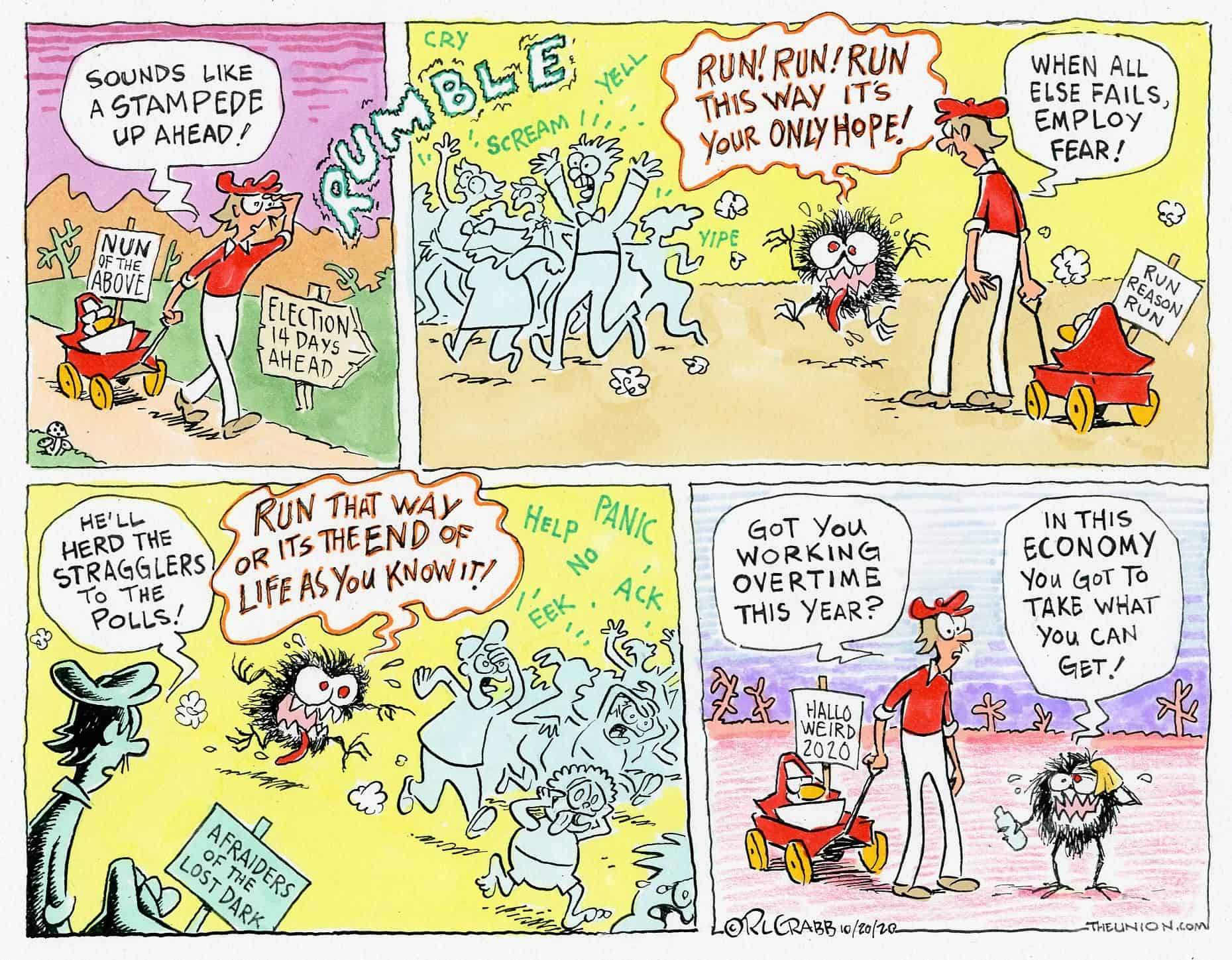 The closer we get to November, the more desperate the parties become. You’ll want to avoid being run over by lies, innuendo, and an avalanche of bullshit.

Like Loading...
This entry was posted in Inept vs. Insane, Nun Of The Above 2016-20, Politics. Bookmark the permalink.

2 Responses to Exercise Your Frights