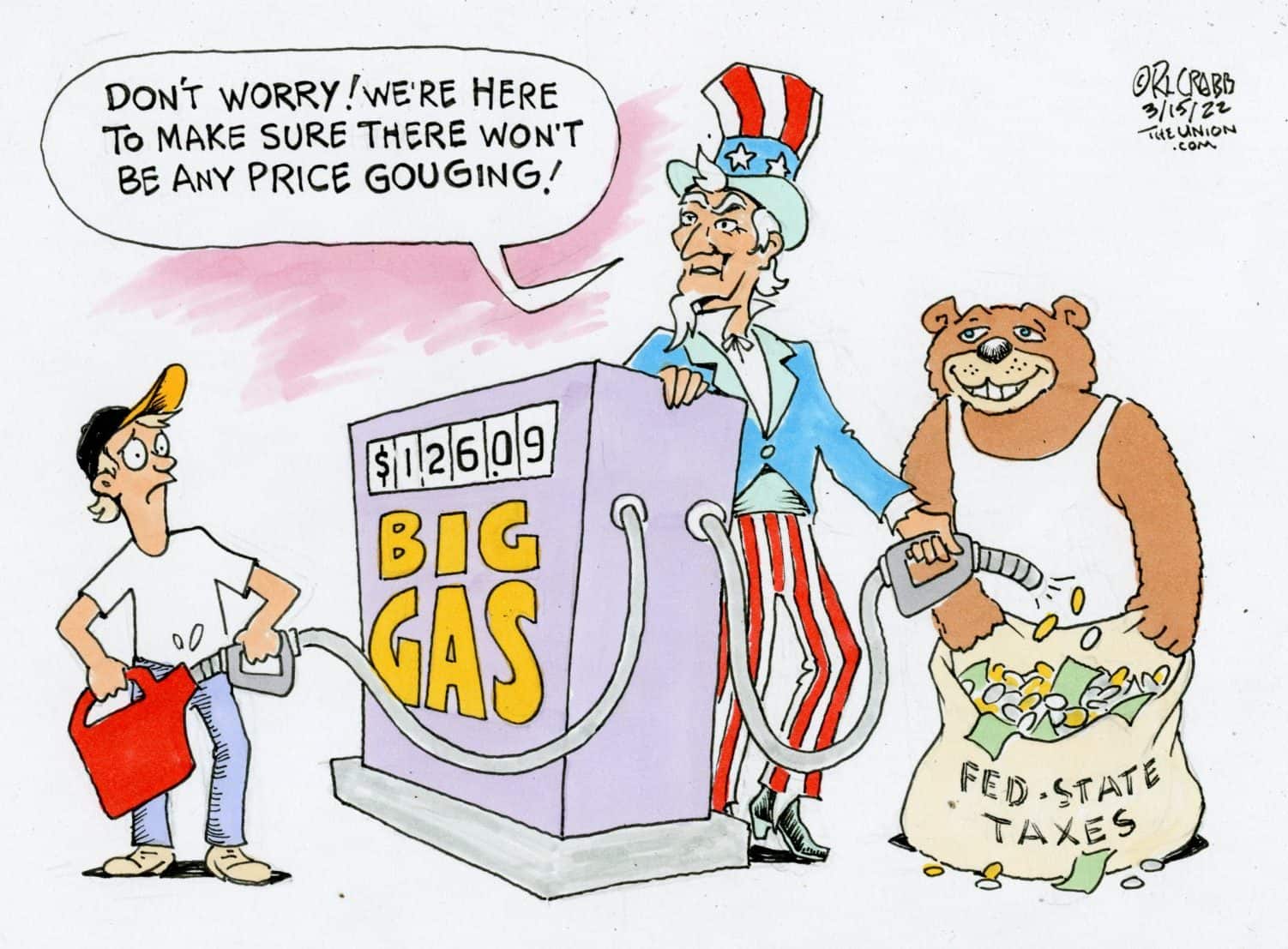 The government says they can’t do anything about the price of gasoline.

Well, yes, they can. The combined federal and state taxes and fees come to $1.18 per gallon. While that would still leave prices above four dollars, it would at least add a little relief to the current inflationary crisis.

And before you start complaining about reversing the policies aimed at reducing carbon emissions and pollution, keep in mind that if people can’t afford to heat their homes and drive their cars, they are not going to be inclined to vote for the party that tells them to suck it up and wait for the Big Green Deal to save them. People living in the snowbelt may actually look at global warming as a good thing, as shortsighted as that may be.

We also have to consider our friends in Europe, who are now regretting the deal they made with Devil Putin. The Russian tentacles have a stranglehold on their economies, a fact that Vlad knows all too well. He’s betting that he can murder a nation and outlast the boycotts, even if he starves his own people. He’ll blame it on the imagined democracy Nazis his media keeps pushing to a populace that now finds itself closed off from the free press.

Don’t look for much help from the dictatorships in Venezuela, Iran and Saudi Arabia. If this lesson in dealing with petro-thugs teaches us anything, it’s that they will use any advantage and money they get to stab us in the back.

While solar and wind have made some progress in breaking our oil addiction, they are woefully inadequate in dealing with the wrenching change that has been forced on the world. Barring some breakthrough in fusion technology, we will have to take another look at nuclear energy if we are really serious about combating climate change.

And it would really help if the Republican Party would stop denying that it’s real and be a part of the solution. More drilling in America may be the right thing today, but we really need long term and realistic alternatives.

2 Responses to Fill ‘er Up?