Nobody said solving the problems of this dysfunctional nation would be easy, but you’d think after all these years the two parties could come to a compromise to end the madness at the border. 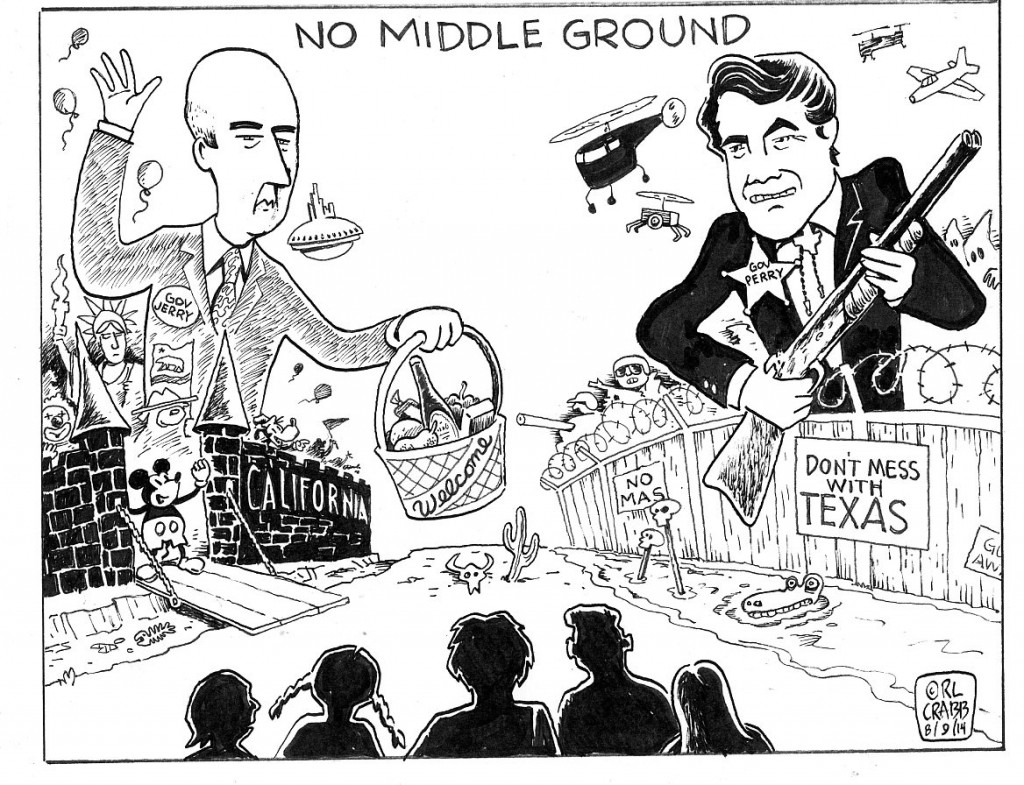 Rick Perry wants a military solution. How long would it be before it would end in bloodshed and tragedy? Isn’t Ferguson enough of a warning about how a military confrontation can go terribly wrong. And Jerry Brown…Do you really think opening up the immigration floodgates in a state that already has too many people on welfare is a great idea?

It’s just one of the issues that leads me to believe the world (and the two party system) has lost its marbles.

6 Responses to No Middle Ground