We Have Met The Enemy And He Is Us 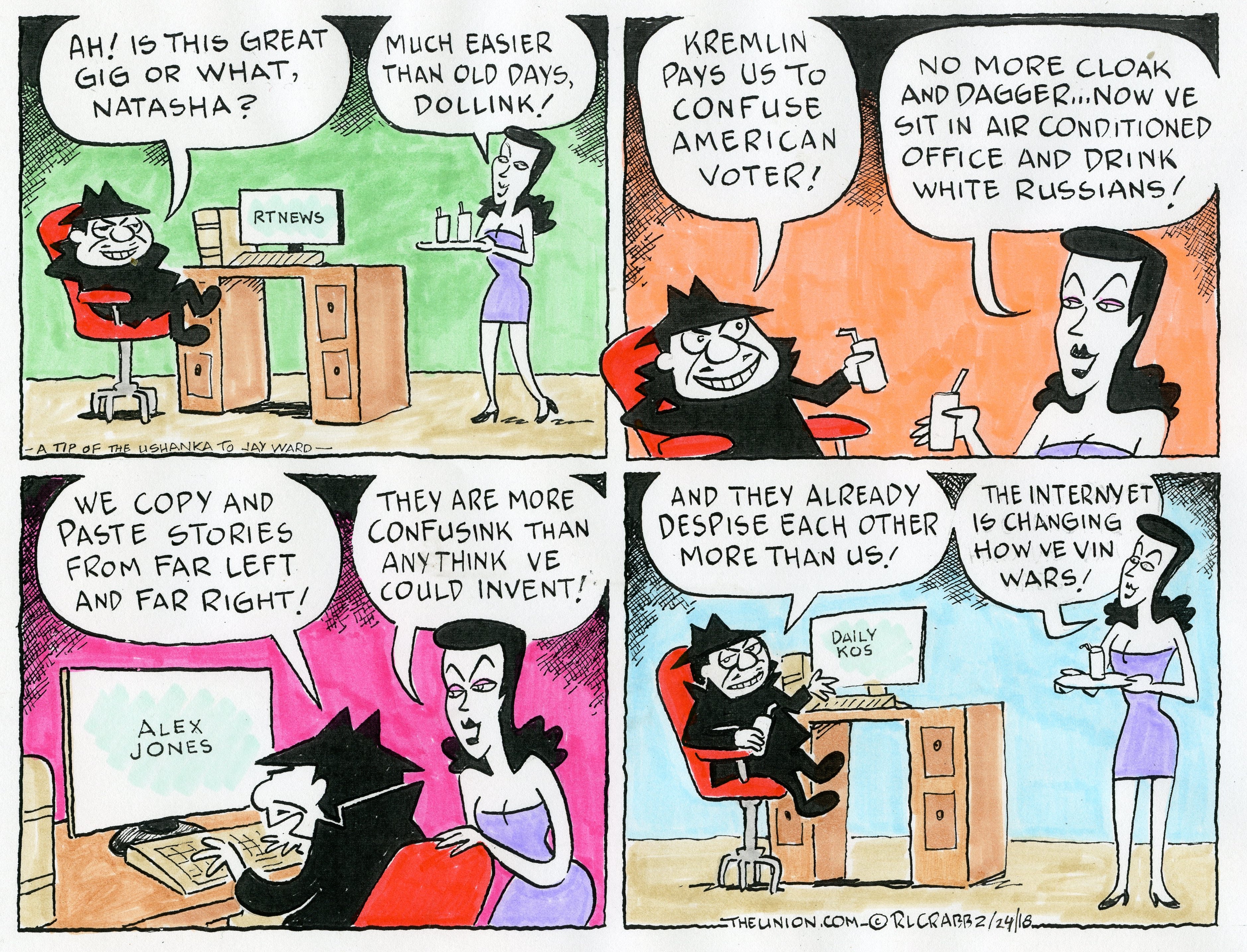 There is no doubt that those pesky Russians have been posting a lot of fake news on social media sites, but they’re really only pouring gasoline on a fire that we Americans started over thirty years ago.

I’ve been covering politics longer than that, and I’ve watched and reported on the so-called “Great Divide” as it has widened to the point where you can’t even see the other side anymore.

I first dipped my toe into those poisoned waters in 1990, when I defended my friend Duane Sandin in his battle against the State of California over an alleged toxic waste spill at his home outside Grass Valley. I became acquainted with the Blue Ribbon Coalition, an early version of the Tea Party that documented what they considered outrageous “takings” of property rights by overzealous environmental interests. In some cases, their accusations were justified, while in others it could be argued that the property owners actions were detrimental to their neighbors property rights. (Erosion, water diversions, illegal buildings, etc.)

In Duane’s case, where he attempted to set up a refining operation to recover distilled thinner from body shops, he really had only himself to blame. He had no permits and was unlikely to ever receive any, considering his property was located next to a tributary to Deer Creek.

What I based my defense on was the massive overkill the state chose to heap upon him. There was no toxic waste spill of any kind, for which he was charged $57K. (This story was documented in my selfiography, Scablands. )

My real education on the division between right and left was during the local campaigns for control of the county board of supervisors between 1998 and 2004. I covered the story extensively  and got to know the players on both sides of the fence. It was perhaps the ugliest chapter of Nevada County politics in my lifetime.

At issue were the usual divisions over land rights. For the first time, left-leaning supervisors captured the majority of the board and immediately aimed their agenda on designating the Yuba River as a state wild and scenic river, protecting it from future dams. Next they proposed a new set of rules governing land use, known as Natural Heritage 2020.

The local Republicans were shocked by their defeat at the polls, which was prompted by their own inept leadership, but they did not go quietly into the night. In the following six years, they managed to win back their majority. NH2020 was unceremoniously dumped into the trash heap of history, but the Yuba River was saved and eventually became a state park. (My cartoons from that period are collected in my book, Once Upon A Village. )

The vitriol and dirty tricks during that period left a bitterness in local politics that still lingers. It should be noted that the internet played a very small part during those years, and the Russians were our new buddies. If anything, our people were spending money to convince Russian voters to reelect Boris Yeltsin.  What goes around comes around.

So as much as we would like to think things might have been different if not for those foreign hackers, the divide was already there. All they did was exploit our own prejudices. If we’re ever going to resolve our differences, it will depend on those outdated concepts known as compromise and consensus. Or, we can go on bickering until the nation falls apart.

When it comes to selling bullshit to voters, Americans are still number one.