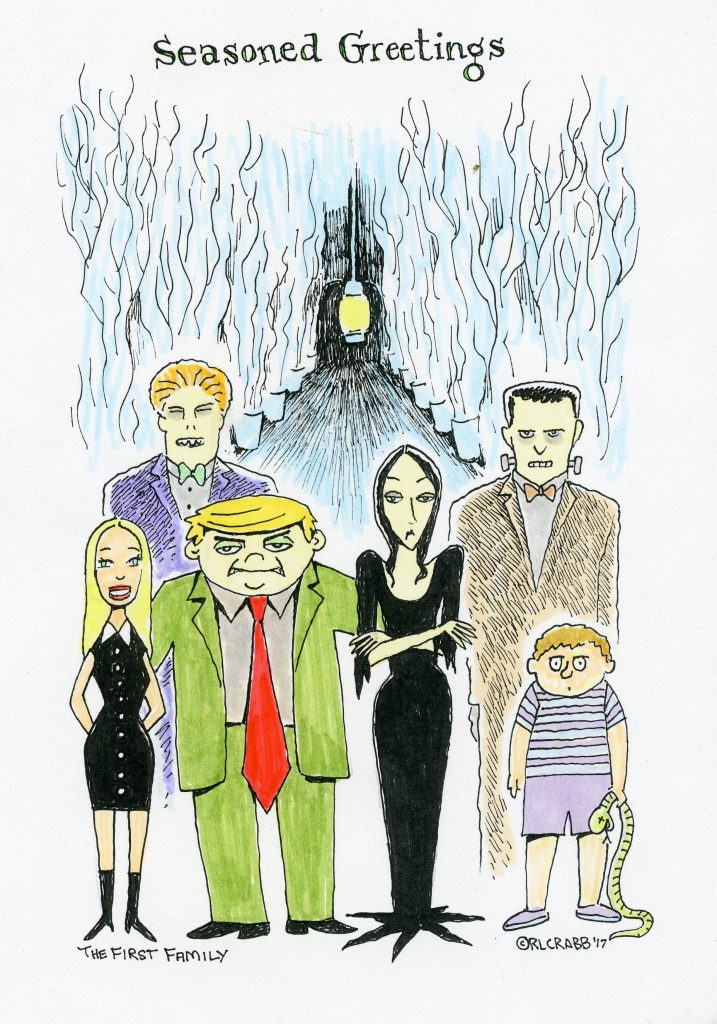 With apologies to Charles Addams…

23 Responses to Deck The Halls