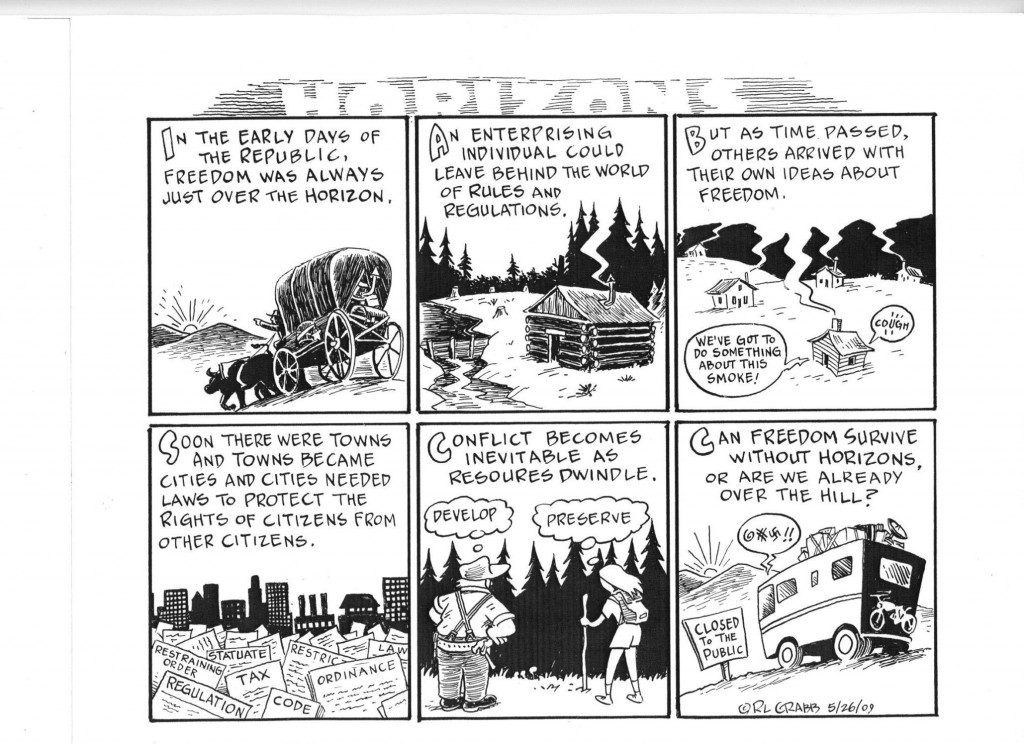 I have never seen this nation as ideologically divided as it is today. Sometimes it seems that the left and right are from different planets. How have we come to this place in time? More importantly, can we get past it?

The United States has always been a place of horizons. As soon as we kicked the Brits out of the thirteen colonies, we started looking west. We acquired Florida, moved into Tennessee and Kentucky, bought Louisiana, kicked the Mexicans out of the Southwest all the way to the Golden Gate, all in the name of expanding our horizons. In those days it was called Manifest Destiny.

It was the nature of the American to move and find a place where he could be left alone to do his thing. For many, it was a religious movement, from the Puritans to the Mormons. For others it was just about finding the pot of gold at the end of the rainbow. Territories were settled and organized into states.

When we ran out of room at the end of the nineteenth century, we entered our imperialistic stage, concocting a war with Spain to expand our horizons into the Caribbean and the Pacific. Plantation owners decided to upend any thoughts of Hawaiian independence. At the end of World War II we grabbed a few more islands and atolls.

But by the nineteen sixties, the efforts of territories to become states ground to a halt, and those colonies that were still under the US umbrella demanded their freedom. The only thing left to do was fill in the empty spaces in our existing borders.

And that’s where we are today. The only place to expand is upward, into outer space, not exactly an easy move for the hungry immigrant or entreprenuer. Some, like Richard Branson and Newt Gingrich, are aiming for the stars, but until we find an inexpensive way to get there it is beyond our grasp.

So we are left to fight over the remaining resources here on Planet Earth. Exploit or preserve, that is the question.