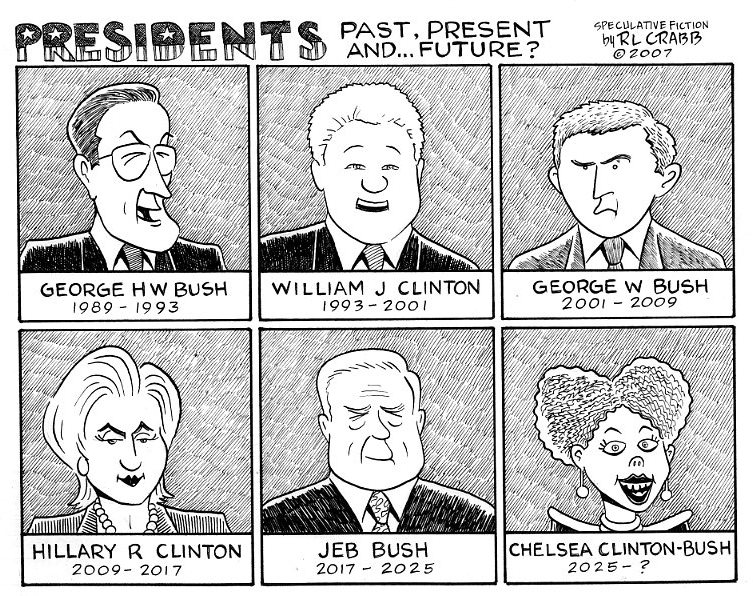 I did this cartoon back in 2007. At that time everyone thought Hillary was a sure bet to succeed George W., but then that upstart Obama came along and screwed up my timeline. Nevertheless, HRC is expected to run again in 2016, and it appears that little brother Jeb will fulfill his family destiny and make a run for the brass ring. Of course, by that time Millennials may have other ideas about the next presidency. As for Chelsea, I know she married some other dude, but by the 20’s she could divorce and marry a Bush, maybe even a female Bush. (Pun intended!)