Okay…Listen up, kids…I may not have much time before “certain powers” locate this earthshaking report and wipe it off the Interweb. Some of you will understand and do a quick printout before the Great Plug is violently pulled from the information socket .  Your digital memory storage devices have been rigged with explosives, and don’t think your private parts are hidden in a cloud. Zeppelins  with electrified nets stand ready to pluck them from the sky like plantation cotton.

Only paper can be trusted. Encase the documents in seal-a-meal, put them in a watertight 100% plastic container and bury it somewhere safe. That way you can foil the metal detectors, which is why liberals hate plastic. (Come to think of it, you may want to toss a few boxes of straws in there before they are banned. Plastic straws could become valuable currency in the post-apocalypse black market.)

But let me get to the real story.

Just a few short weeks ago, Mary Ann and I did a one-day tour of the northern end of the Sierra Nevada range. What we discovered  proved that President Trump really is everywhere at all times, even in the remote rural backwaters of the Golden Blue State. 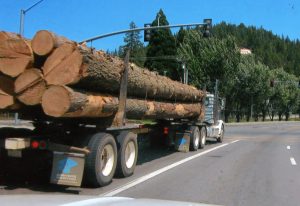 It appeared out of nowhere; a huge blazing white “Q” on the mountainside. I was temporarily blinded by its brilliance, and I almost sideswiped a logging truck. (See photo at right.)  The truck appeared  to be headed straight for the hole in the big letter, as if it was some sort of an entrance. But entrance to what?

There are endless possibilities, but I believe it is all tied to the “Q”.

For  instance, what is the purpose of this massive letter ? It’s big enough to be seen from space, so wouldn’t it make sense to assume it is a visual aid to guide extraterrestrials to a hidden terminal in the hollowed out mountain?

At first I couldn’t figure out what logging trucks and aliens had in common. And what was the connection to all-father Trump?

Then I remembered the bumper sticker I had seen on another vehicle earlier in the day. It read: EARTH FIRST: WE’LL LOG THE OTHER PLANETS LATER.

That rascal Trump has negotiated a trade deal with Uranus, the logical home of the alien customers. Uranus lost its forests thousands of years ago, before becoming a frozen block of ammonia and methane, and it is willing to trade its advanced “Q” technology for badly needed firewood. 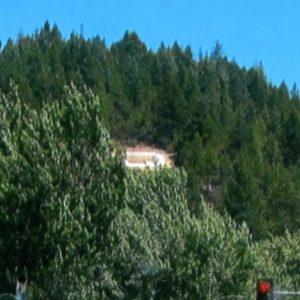 “Q” is obviously code for “quake.” What better way to rid the Republic of the socialist disease than to sink it in the ocean. The vast majority of liberals live within jogging distance of an ocean. The deep blue state could be jettisoned into the deep blue sea, leaving a new coastline inhabited by right-thinking Americans.

Trump no doubt got the idea from watching Superman: The Movie back in the 70’s. He’s always identified with Lex Luthor, who first came up with the concept.

But there won’t be any liberal superhero to save the day. The fetus pizza-eating elites will drown like rats, and any survivors will be picked up and incarcerated by the North Korean Navy. This brilliant Trump strategy will realign the solar system power structure with a one-two punch, and he and his friends will make a bundle to boot. 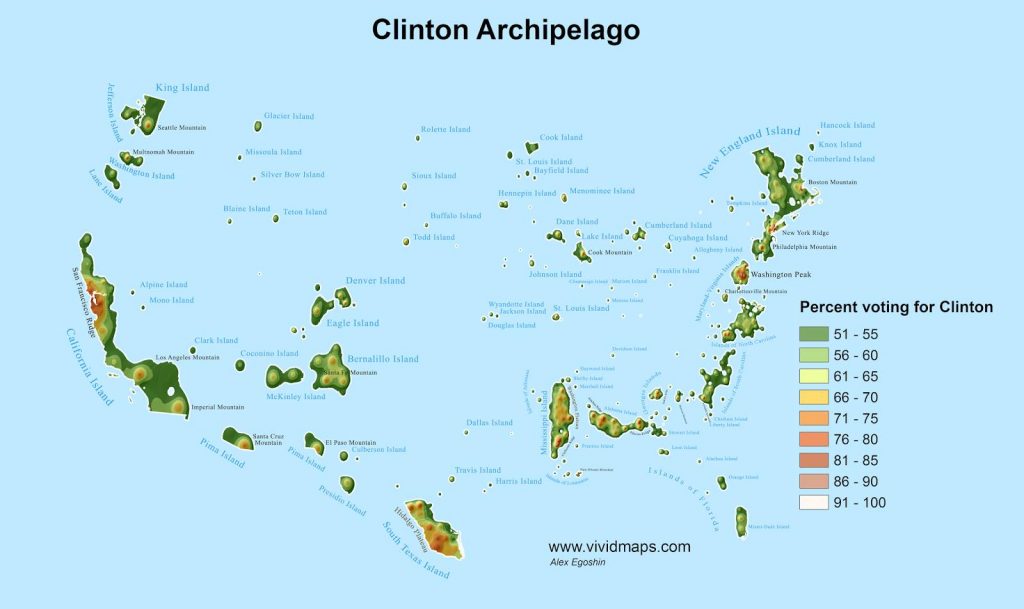 (Areas targeted for the Big “Q”. Inland liberal strongholds will just become massive pits, and will be converted to waste dumps.)

And don’t tell the Chinese. Trump and Putin have already decided to split the country between them. It will be easy to conquer; the Chinese will never see the tanks coming through the smog.

Now it has been brought to my attention that the big “Q” actually stands for the town of Quincy. Yeah. Right. That’s what they want you to believe.

I’ve done all that I could. If you see me on the street tomorrow and I deny any knowledge of these facts, you’ll know that my memory has been wiped by the NSAKGB goons. Print it out now.