I only met Paul Krassner once, at the notorious O’Farrell Theater during the doomed 1984 Democratic Convention in San Francisco. I was there as part of the Wild Dogs, a loose affiliation of cartoonists creating a page of comics that accompanied Warren Hinckle’s commentary in the San Francisco Chronicle. Paul came up with a little blurb about Geraldine Ferraro and Dan O’Neill had me illustrate it.

Krassner was one the great satirists of the late 20th century. His publication, The Realist, was known for it’s outrageous take on politics. Groucho Marx declared that Krassner was the heir to Lenny Bruce’s legacy.

He passed away on July 21. I doubt he will rest in peace. 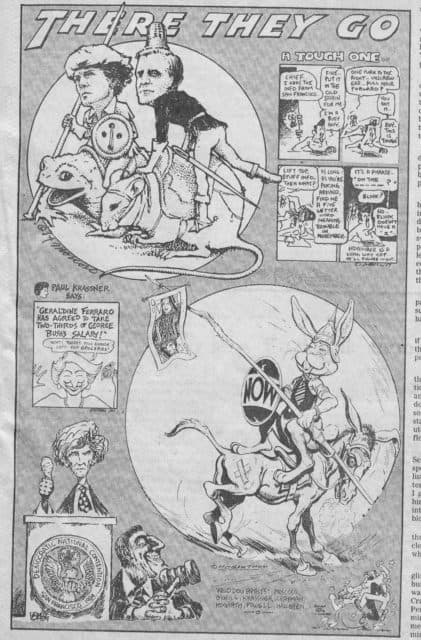