Two-thousand sixteen! It’s finally here, and it promises to be one of those “interesting times” the Chinese warned us about. Anyone who is half conscious knows that there is a notably different vibe this time around. The inmates are finally making a serious challenge to the asylum, and everyone is nervous. 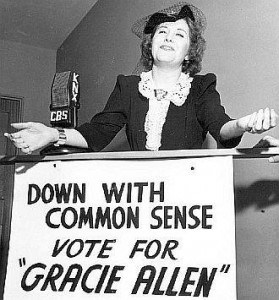 This is not a new phenomenon. Every twenty years or so, voters aspire to throw out the rule book and elect a lunatic. Our history is full of wacky wannabes, and some even got elected.

Adams’ son got whipped by a psychotic hillbilly who once got shot and still managed to beat the crap out of his would-be assassin. Later, Andy Jackson betrayed his native allies and sent them on the Trail of Tears, which ranks down there with the Bataan death march in terms of cruelty and suffering. But hey, that’s what the voters wanted. 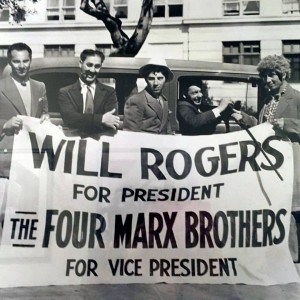 Henry and George Wallace were pariahs within the Democratic party; Henry to the left and George to the right. Today we see their ghosts in the populist uprisings in both parties.

Or rather than ghosts, they are old ideas born again. Some believe government should have more say in the distribution of wealth while others want government to preserve their place in the social order. Both will use whatever means necessary to enforce the will of the people. Neither will recognize the legitimacy of the other. 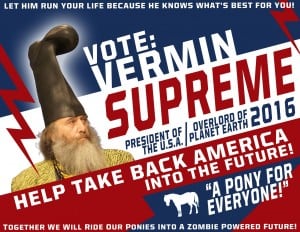 Mainstream media has been wishing away the Trump campaign since it started, but it’s now become clear that if The Donald announced that he ate kittens for breakfast his polls would go up another five points. He and his supporters have become so emboldened that they flaunt their bigotry in public, much the same as their Democratic predecessors did in 1950’s Alabama.

It’s given the eastern establishment pros hives. It’s pretty bad when even the Republican Speaker of the House stands in front of the cameras and denounces your position on religious freedom  and still your numbers go up. 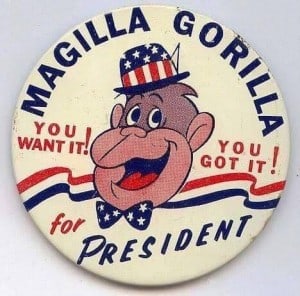 Meanwhile, the coronation of the Clintons has been delayed by the upstart independent socialist Senator Bernie Sanders. Just as with Trump, the pundits are now marveling how the Berning Man has risen from the ashes of McGovernism to actually challenge the anointed heirs to the Oval Office.

And Madam Secretary hasn’t helped her case. Despite the partisan nature of the server scandal, there is the nagging perception that the Clintons are obsessed with secrecy. Even so, their attempts to circumvent the public record often seem clumsy and amateurish. You’d think they’d be better at it after all the Investi-gates of the nineties.

But honesty has never been a requirement for most Democrat  presidential candidates, as long as you can win elections and not stray too far to the right. Because of this year’s perceived weakness on the right, the left sees an opportunity to get to the top of the heap and start whittling it down until they achieve parity and equality for all. And lacking any viable youngsters, they’ll go with a frumpy old man from a backwater state who hasn’t compromised his message since he first climbed a stump almost a half century ago. The question is: will he be tough enough to survive the daily beatings he will encounter if he becomes the front-runner?

The real test comes in a few weeks when actual live voters start marking ballots. Will the outsiders prevail? Will editorial cartoonists and satirists continue to have material handed to them on a silver platter?