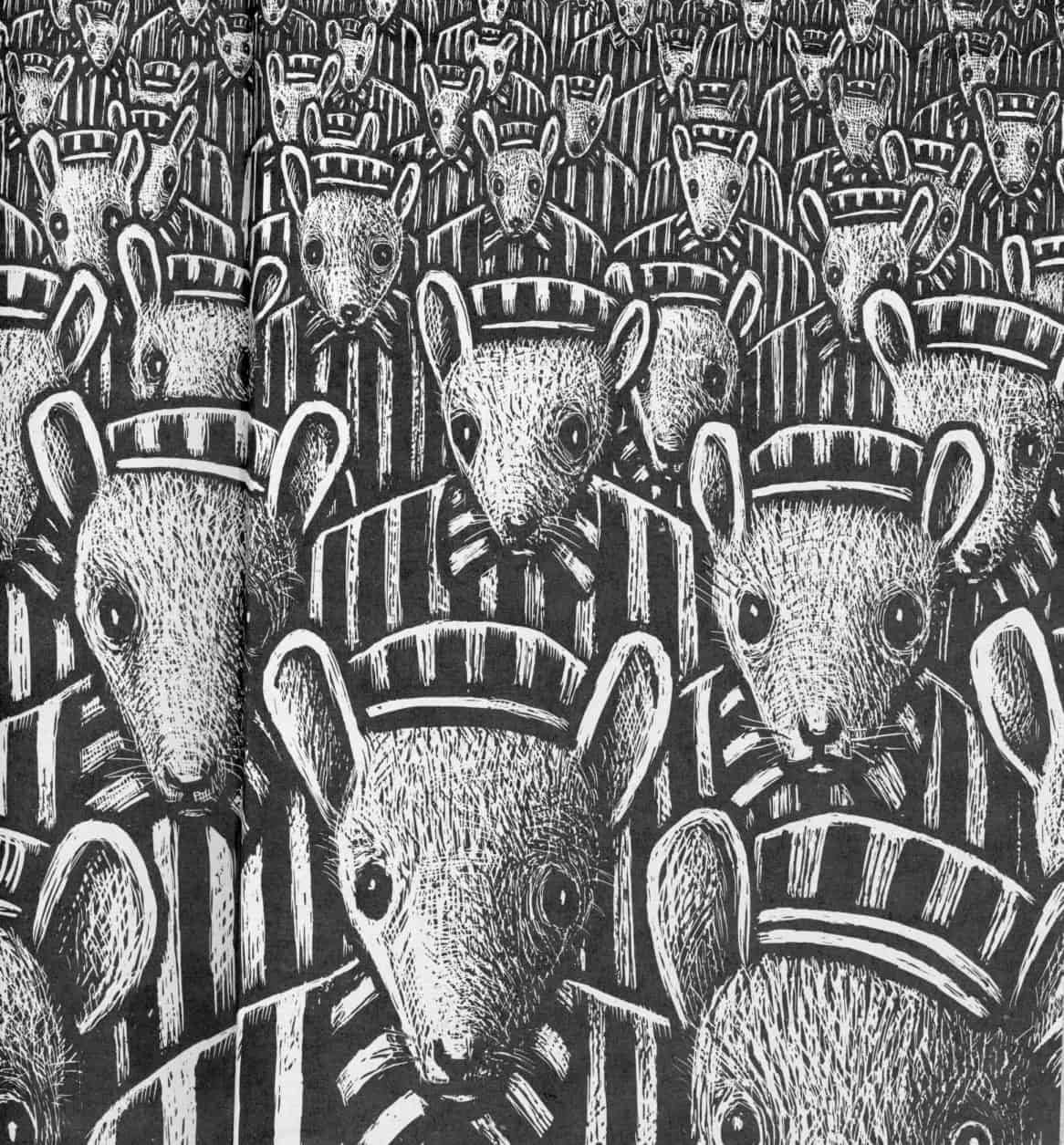 Tennessee, the state where evolution was considered a radical concept unfit for student consumption, continues to live up to its reputation as a backwards puddle in the human gene pool by removing Art Spiegelman’s groundbreaking graphic novel, Maus, from the hungry eyes of eighth graders.

The McMinn County school board unanimously decided the book and its author were not the kind of history their kids should be polluting their eyeballs on. There is a panel with a naked woman, someone says “God damn!” and, horror of horrors, it shows Nazis killing children!

If you’re not familiar with the book, it is basically a biography, the story of an Auschwitz survivor told to his cartoonist son, who caricatures the Jews as mice and the Nazis as cats. It is also a story about baby boomer Spiegelman’s rocky relations with his elderly father, his mother’s suicide, and the enormity of trying to convey the horror of the holocaust in a comic book.

The book won a Pulitzer prize in the special citations and awards category in 1992, which no doubt contributed to the suspicions of the school board that it contained “New York values.”

I had to think back to what I was reading in the eighth grade. I believe we started off with Chuck Dickens’ Great Expectations, a story about a young boy named Pip who tries to help the criminal Magwitch escape justice, and later on is used as a pawn in a sick old woman’s plot to destroy his manhood by manipulating Estella, her sexy young ward, to arouse his emotions. It turns out that Estella is the illegitimate daughter of  Magwitch and a mentally deranged woman named Molly. Everyone behaves badly, but their good nature eventually wins out and redeems them.  In the end, older and wiser Pip and Estella turn out just fine and live happily ever after.

Then there was To Kill a Mockingbird, a story about coming of age in the old south, where a crippled black man is accused of raping a white girl. It turns out that daddy was the real culprit, but the black man still gets lynched. In the end the children of the lawyer who had the gall to defend the black man is rescued by a mentally disturbed neighbor, who kills the bad daddy.

And lastly, we read Bill Goldings’ Lord of the Flies, where a group of young boys are marooned on a desert island. They attempt to organize a democratic society, but soon some of them decide that they are better off with a strong leader who won’t take any bullshit from the sissy commies. Once they get a taste of blood they go on a rampage, bashing the brains out of an overweight boy who called for a peaceful resolution of their differences. Fortunately, grown ups arrive before the bad boys can kill again.

After reading these depraved books, I wanted more and went on to consume such titles as Fahrenheit 451, Huckleberry Finn, Animal Farm, Slaughterhouse Five and others too numerous and despicable to mention in polite company.

I suppose the McMinn school board will stick to the kind of literature that won’t tempt young minds to explore the dark corners of human nature, where murder, polygamy, betrayal and greed lurk. The Bible comes to mind.

2 Responses to Don’t Frighten The Children