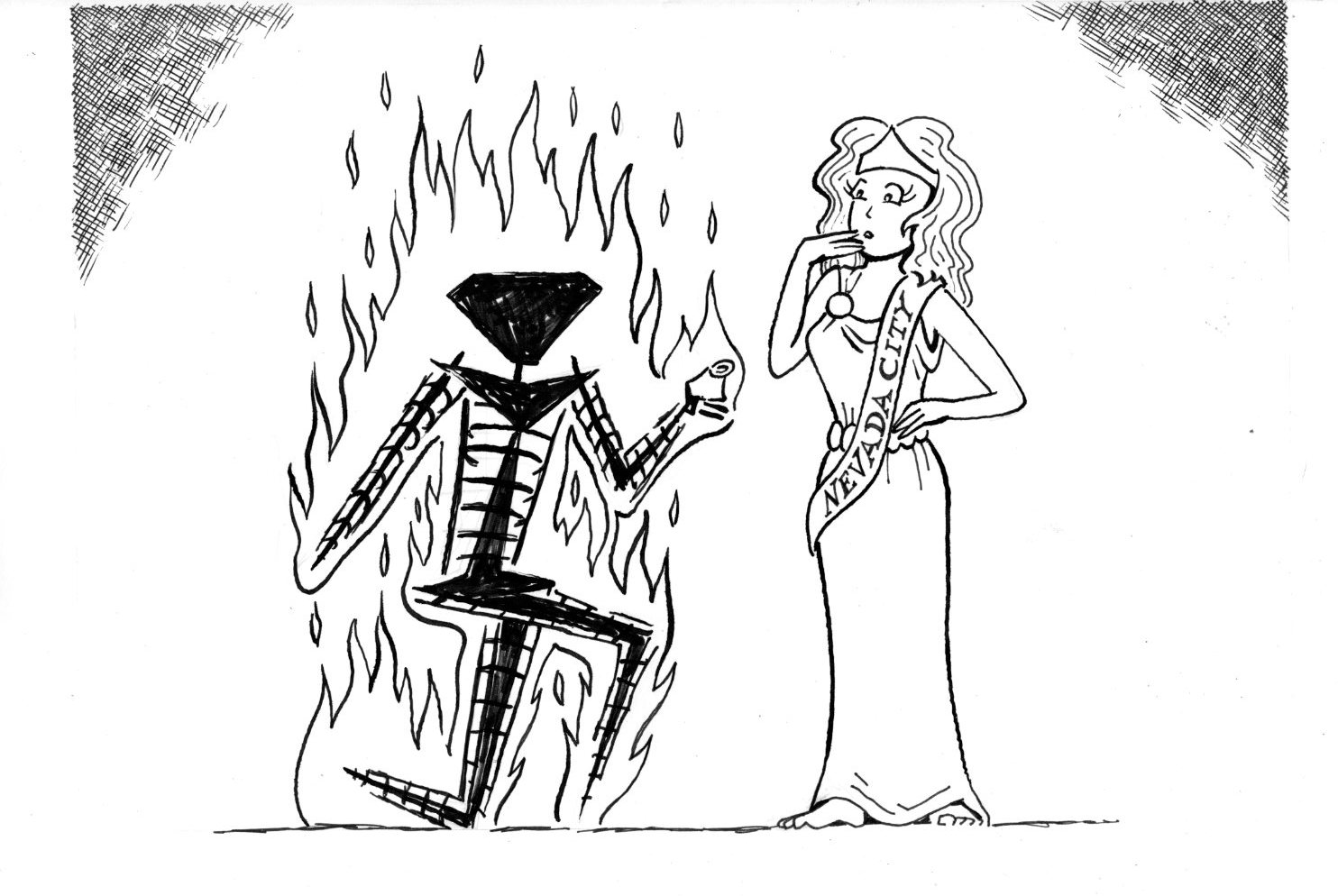 I’m always on the lookout for a story that lends itself to a good cartoon, and I thought I had one this week. Niel Locke proposed making Nevada City the “companion” city to the Burning Man festival at Black Rock City in Nevada. (Would that be like a domestic partnership? Do you get visiting rights?) There was to be a formal presentation and resolution on Wednesday night’s agenda, but Niel pulled it this afternoon.

I was heartbroken. These are the moments a cartoonist lives for, swooping down on the news like an avenging vulture and trying to read the entrails of a real story! The news had gone viral, with inquiries coming from coast to coast. KOVR 13 sent a camera crew to the meeting, but they left after a brief interview with Locke. But why this change of heart?

I have no doubt the naysayers were burning up the net with visions of doom, but how many were there really? Niel said it was his decision alone to douse the flame, and that he never intended it to be anything more than a symbolic gesture in the first place. And who knows? If the story showed up in The New York Times and The Daily Show you could end up with thousands of people looking for a place to sleep. The innkeepers might be delighted, but it could put a strain on the handful of police officers still patroling, even if they do have a new three-wheel scooter to patrol on.

It might be more culture than Nevada City can absorb all at once. As evolved as we are, there are some who believe that “shop local” means only locals should shop here, and the heck with the rest of the world.