Charge Of The Lights Brigade 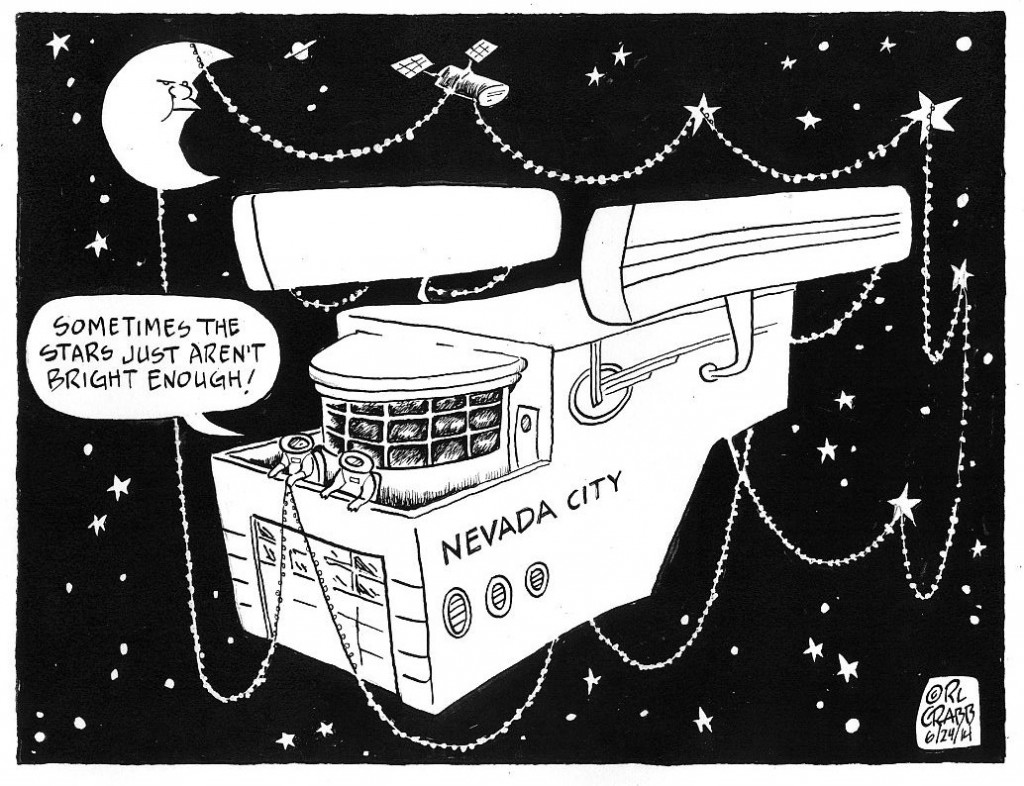 There’s been a lot of loose talk concerning those lights in downtown Nevada City. As usual, it’s another case of whether to keep Nevada City’s historical image intact or to bend with the changing tastes of the populace.

It’s not the first time I’ve heard the argument for better lighting in NC. Back in the eighties there was a proposal to tear down the old market and Rogers’ Frame Shop on Pine Street to make way for additional parking. (This was before the forest service property was sacrificed to the god of asphalt.) At a townhall meeting, members of the Oddfellow’s Hall objected. They were upset that the city would contemplate defiling their last sanctuary in a town that had become alien to them. And they also complained that the gas lights were so dim that they feared for their lives crossing Broad Street after dark.

The proposal died, and eventually so did all the old Odd Persons. Allen Rogers is doing his best to keep the old organization alive, but most of NC’s young turks have other interests and motives.

Change doesn’t come easy to Nevada City. Several generations have devoted their time and energy to keep the historical district intact. They are understandably concerned that the city is standing on a slippery slope in the lighting debate. As one person on Facebook asked: “What’s next; neon?”

23 Responses to Charge Of The Lights Brigade