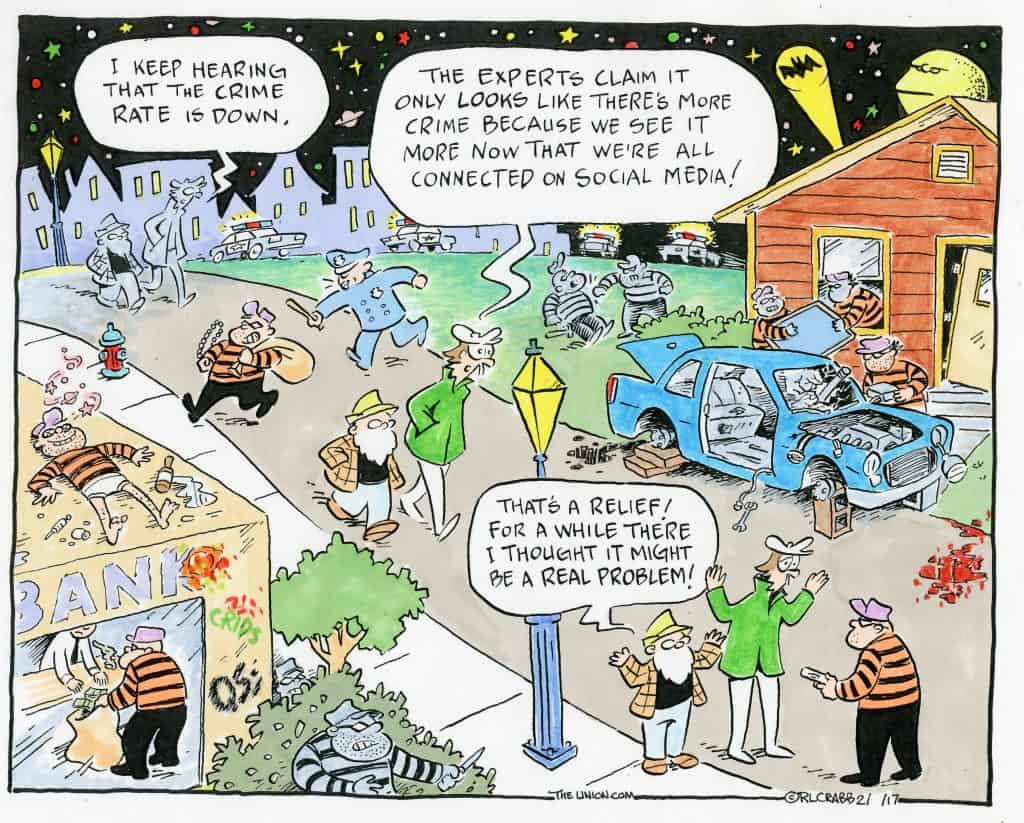 There is no doubt that social media has put a spotlight on criminal activity, but it still seems like the number of local cases of carjackings, burglary, bank and business robberies, murder and vandalism has grown in recent years.  I have no doubt that hard drugs and mental illness contribute mightily. What do you think?