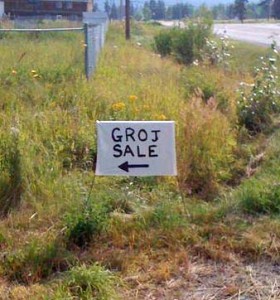 One of the reasons I felt the need to start this blog was the absence of a cultural overview on the local blogs. Sure, we have the usual left/right politics, impassioned opinions on climate change, economic theory,  healthy lifestyles, and other supposedly serious subjects, but what about the soft, tattooed underbelly of human achievement? As they say on Star Trek, “Where no man has gone before.”

One of the bold advances in the field of alcoholism is the practice of butt chugging, which is an improvement on the classic enema. One simply imports liquor through a hose in the drainpipe, bypassing the filtering effect of the liver and delivering an intoxicating stupor and sore colon to the recipient. I can see fantastic marketing opportunities. Package it in long neck squeeze bottles and sell them in six-packs. The box wine people have already deveolped a huge bladder which could easily be adapted with the addition of a hose.

The latest distraction in the world of body art is known as bageling, which involves fracking your forehead with some chemical goo, producing a huge lump that resembles a bagel or maybe a lumpy rhinoceros horn. It’s a big hit in Japan. Personally, I think it would be easier on the head to put cream cheese on a real bagel and stick it on. That is, unless you want to have stretched out skin hanging over your eyes when the swelling goes down. On the other hand, maybe that would spark a new fashion craze. The possibilities are infinite.

In the world of culinary experimentation, a brave volunteer has given his life to expand the limits of the stomach’s endurance. It happened in Florida at a pest-eating contest. The winner had ingested a barrel full of cockroaches with worm topping, then keeled over. If he had lived, he would have won a live python, which he no doubt would have choked on anyway. The other contestants suffered no ill effects, although several sprouted feelers on their noggins.

Finally, there is uncertainty in the pork market. The success of bacon-related products has exceeded the available supply. You can get bacon milkshakes and sundaes, baconaise, bacon bits, and some folks wear bacon clothes. Plus, more people are eating pork since the price of cow went through the roof, and the other white meat is due for a price spike. We’ll have to choose between pork or gas. Bummer.

There are security considerations as well. In this dangerous world, we can not afford to have a pork gap. The Pentagon has been working on a porcine weapon of mass destruction for many years, ever since the late Frank Zappa suggested it in his autobiography. There are detailed classified plans that call for burying Iran under ten feet of  raw bacon. Those that are not killed by the impact of the falling pork would be forced to commit suicide under Islamic law. The biggest problem the military eggheads have to overcome is the unintended possibility of a melting fat slide that could clog up the Straits of Hormuz, blocking oil shipments to the West. But then again, maybe they could convert the fat into energy and spawn the development of the flying pigmobile.

You have to have a positive outlook on these things. It’s just progress. Get used to it.