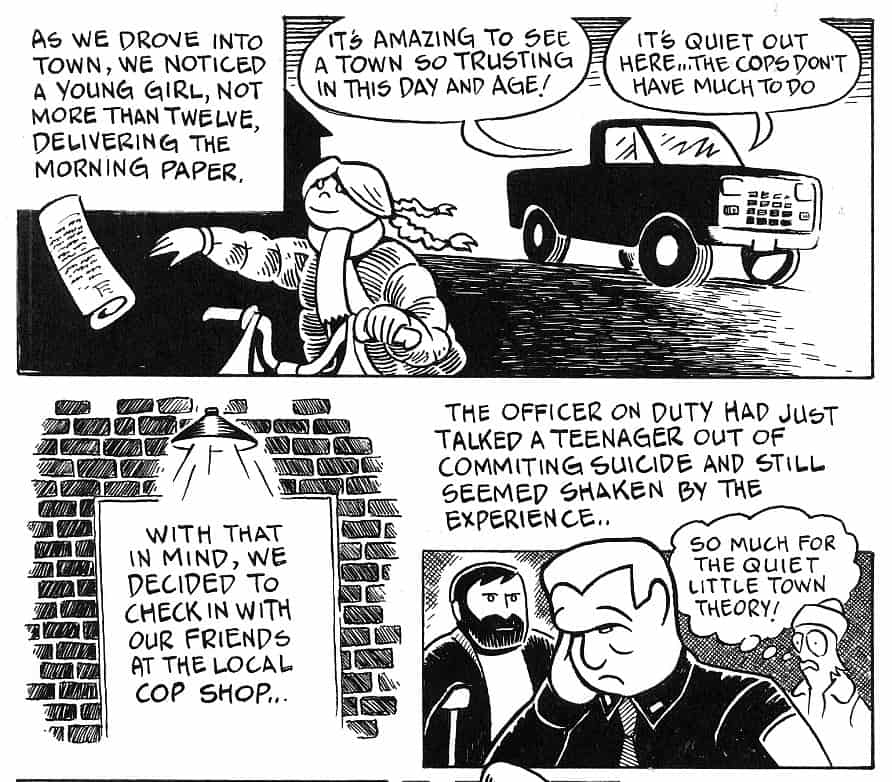 While watching the news story about the cop who wrestled the 14 year old girl in Texas, I was reminded of this scene from my graphic autobiography, Scablands. So many times in this age of instant news, we often let our first impression become fact before knowing the full story. In this case, the out of control officer had handled not one, but two suicide cases before losing it at the pool party. The first was consoling a family whose father/husband had shot himself in front of them. The second was talking a girl out of jumping to her death.

Yeah, that kind of schedule will put a crimp in your day. Does it excuse his overreaction? No, he is supposed to be a professional, but sometimes we all have our weak moments. Thankfully, no one was hurt in the melee, but the cop has been forced to resign and has received numerous death threats. His life will never be the same.

It’s so easy to jump the gun when our news is transmitted worldwide seconds after it happens. No context, no analysis, just raw images vomited onto the screens of billions of armchair judges, who regurgitate their scornful links until everyone has had a chance to offer an opinion. It’s the problem with instant news and the rush to be the first to post something, anything.