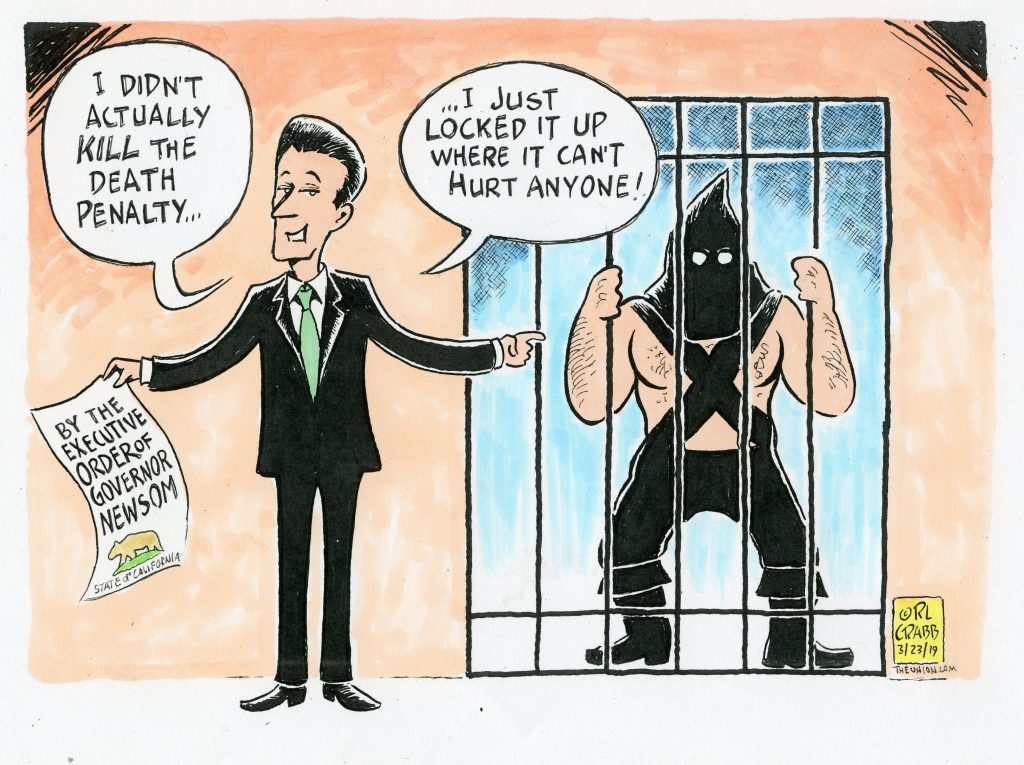 The question of continuing the death penalty has weighed heavily on the conscience of California for decades. In 2016 the voters once again rejected Proposition 62, the latest attempt to end the practice.

That didn’t stop newly elected Governor Gavin Newsom from effectively shutting down San Quentin’s executions for at least the duration of his term of office. It comes after candidate Newsom stated that he would not obstruct the will of the voters on the issue.

Newsom carefully crafted his decree so as not to trigger the courts by instituting a moratorium rather than a blanket commutation of the individual sentences. But his action does raise questions on the power of the executive branch. Should the Governor defy the will of the voters and/or the elected legislature?

Is it any different than the President declaring a national emergency on his pet project, the border wall? Democrats call it frivolous, but the people who elected him demand it. And, as many others have pointed out, what’s to stop the next president from declaring an emergency on gun ownership or climate change? It all depends on your politics.

And it also challenges the role of California’s direct democracy tool, the initiative. The left advocates majority rule of the people, so why are they suddenly backpedaling when democracy doesn’t give them the result they desire?

I’m not a fan of the death penalty, but I am even less a fan of politicians who say one thing and then do another.