Living Under The Gun 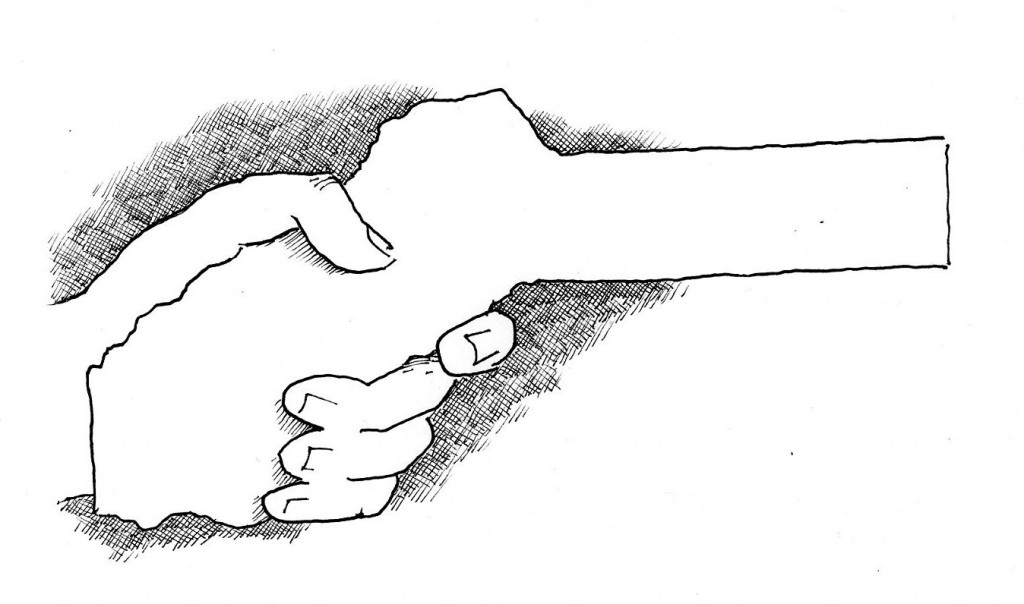 A few years ago I was attending one of those typical Nevada City City Council meetings where the topic of discussion was how to make Nevada City a better place to live. Most of the suggestions centered around the usual gripes; homeless persons camping in doorways, smoking, trash on the sidewalks, lack of parking, etc. But one forward thinking woman had a complaint I hadn’t heard before. She seemed to believe that the old monitor cannon that sits in Calanan Park was a detriment to the community and was probably hindering tourism. Why? Because it looks like a gun. She argued that our oversized squirtgun was the first thing that visitors see when they exit the freeway and turn left up Broad Street, and well, it was threatening.

Sometime later I was talking to a group of young progressive-minded citizens who seemed to agree with the notion that we shouldn’t be glorifying our environmentally insensitive mining past. I countered that the monitor and the other relics scattered around the village were actually trophies of the first great victory over hydraulic mining: the Sawyer Act. It was that historical ruling that ended the degradation of California’s rivers and the threat to agriculture and navigation in the valley below.

They smiled in agreement, but underneath it was obvious that if it was within their power to erase every vestige of mineral extraction in the Golden State, they would do it in a New Age second.

Big guns are the issue again after the horrific events that took place in Connecticut. The outrage is understandable in light of the young innocent lives that were snuffed out in a fit of mental illness and the careless storage of lethal firearms. The debate over gun ownership has been raging here in Nevada County as well. Whatever happens at the federal level will no doubt be miniscule compared to new restrictions I expect to see from our representatives in Sacramento, egged on by Senators Boxer and Feinstein.

And locally, perhaps the issue of the offending monitor will come up again, but we have a much bigger problem, which I have brought to light in the crude illustration above. We are living in the biggest gun in California. If people think that the old water cannon will scare enlightened tourists away, think of how they will react when they look at us on a map.

“Holy Gaia, Shirley! That county looks like a big derringer! The place must be overrun with gun nuts. We’d better avoid that place.”

What can we do to improve our geographical image? Perhaps it’s time to break up Nevada County. Cede the barrel to Placer or Sierra County, and leave us with an undistinguishable butt. Truckee has never really fit in with us anyway, and I’m sure they’d be much happier in a county that more resembles a Rorschach blob. Even then, there will probably be those who see something evil in the shape. In modern America it’s become impossible to please everyone.

31 Responses to Living Under The Gun