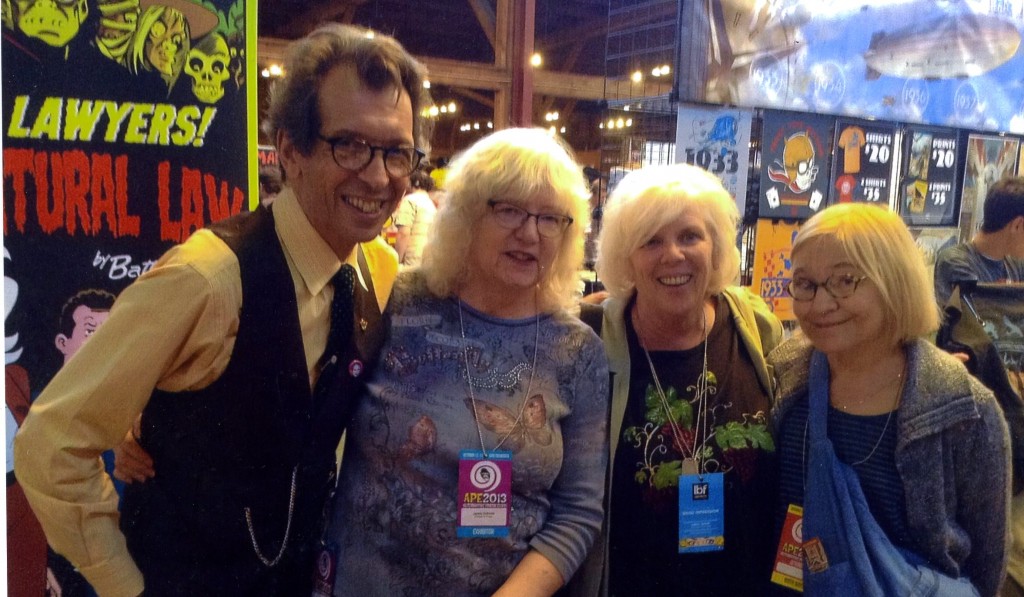 Cartoonists are a strange breed. Most people assume that we are all of a liberal bent, but there is a strong libertarian streak in our genes that shows itself at the most inopportune moments. It can be costly to our careers, not to mention friendships. People don’t like to see their heroes portrayed as bumbling idiots, with grossly twisted physical features. Sorry. It can’t be helped.

Last weekend, Mary Ann and I ventured into that pit of rampant libo-progressive politics, San Francisco. There’s nothing like walking out on the balcony of your hotel in the morning and catching that first whiff of salty air, mixed with the unmistakable scent of human urine.

Now don’t get me wrong, I love San Francisco. But after my continual rants about the overbearing power that the “coast people” wield over us ignorant hillbillies, I have to watch my step in Pelosi country. I could get mugged by one of the many downtrodden minorities who have been exploited by my privileged white heritage.

Our reason for visiting The City was the annual Alternative Press Expo (APE) at the Concourse south of Market Street. It’s an opportunity to recharge my batteries, surrounded by others of my despicable ilk. The hall is brimming with a wide variety of genres, from scantily-clad warrior women armed with exotic weaponry that would never pass muster in the Golden State, to cute little bunny rabbit comics and figurines. Gay lesbian cross-species sex comics are openly displayed. A staunch religious conservative would have a cow, but in this atmosphere, no one would notice.

My own tastes are less exotic, but the friends I go to commiserate with are no less dangerous to the well-being of The State. We dabble in politics.

One of the first things I did was seek out Batton Lash, a cartoonist who does a comic about Wolff and Byrd, a pair of lawyers who specialize in supernatural law. They’ll defend Frankenstein from the angry villagers, or the Wolfman for peeing on your leg. It’s fun stuff, but it wasn’t those kind of monsters that led me to his table.

When I found him, I asked if I could shake the hand of the only cartoonist I know who has been publicly denounced on national television by liberal factotum, Lawrence O’Donnell, host of MSNBC’s Last Word. Batton also moonlights as a political cartoonist with writer James Hudnell on Breitbart’s Big Government , a conservatarian website despised by most liberals. Back in 2011, they did a parody of President Obama and his wife, Michelle, lampooning the First Lady’s War on Obesity. Batton will be the first to tell you that it was not his best work, just a crude jab at the Big Nanny state. It might have gone unnoticed and forgotten, had it not been for O’Donnell’s on-air rant.

Now O’Donnell has every right to criticize the cartoon, although the charge of racism was a stretch. The real crime he committed was identifying Batton’s wife, Jackie Estrada, informing his rabid audience where they live, and encouraging them to harass the couple. Jackie, one of the founding mothers of the San Diego Comic-con, told me they were flooded with threatening emails, and they were afraid to even go outside of their home or answer the phone for some time after the incident.

And the truth of the matter is that neither Batton or Jackie have a racist bone in their bodies. Batton is an unapologetic libertarian, and like most libertarians, believes we are all equal and free in this world. And that there are no sacred cows in our chosen profession. I’m proud to call them my friends. So sue me.

(I’m providing links regarding this story in the comments section, because they are not working in the main article for some reason. Maybe some government plot, but more likely operator incompetence.)

15 Responses to Troublemakers – Part One