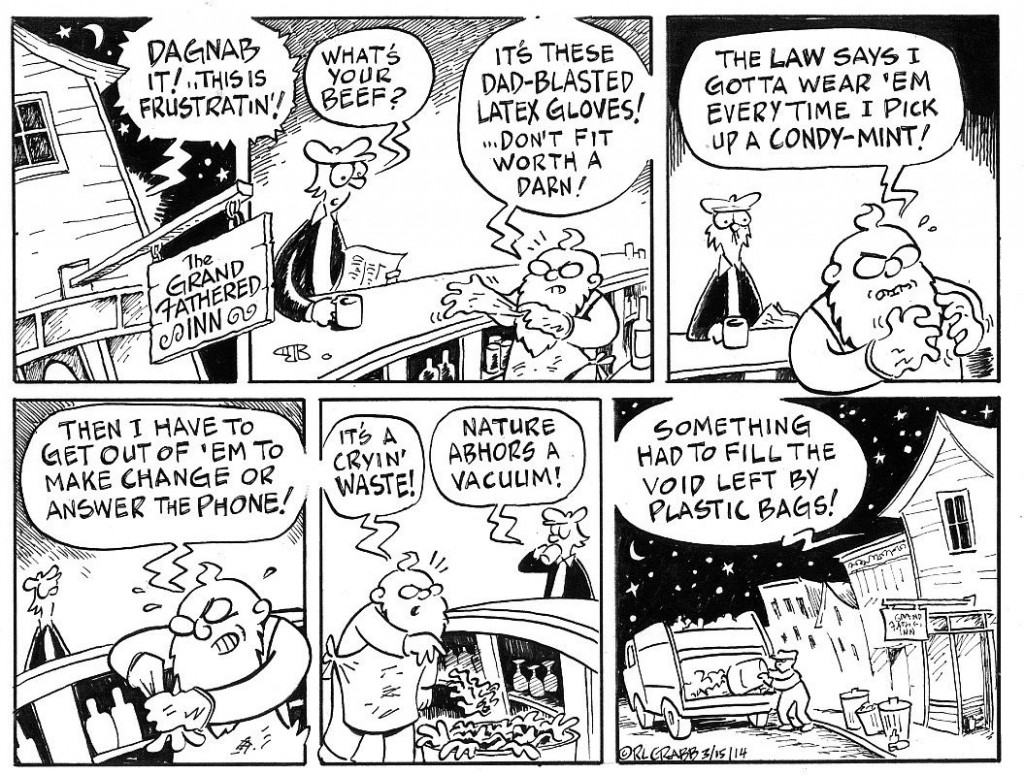 Bartenders all over the state of California are clapping today, and it is the crisp clap of bare hands rather than the muffled slapping sound of rubber on rubber. That’s right, the omnipotent legislature has repealed the law they hastily passed last year requiring all food and drink handlers to wear gloves.

One might see the wisdom of requiring fast food handlers to cover their filthy teenage paws, but it was going to be a disaster for the bar industry. When was the last time you heard of someone getting sick from the celery stalk in a Bloody Mary, or the lime in the coconut? Having to change gloves every five minutes would seriously impede the public’s right to be served in a timely fashion, and would no doubt lead to fewer tips from anxious alcoholics.

But even a body as clueless as the solons in Sacramento must eventually see the error of their ways, especially when their campaign contributions from the powerful food and alcohol interests are in play.

5 Responses to Free The Hands!